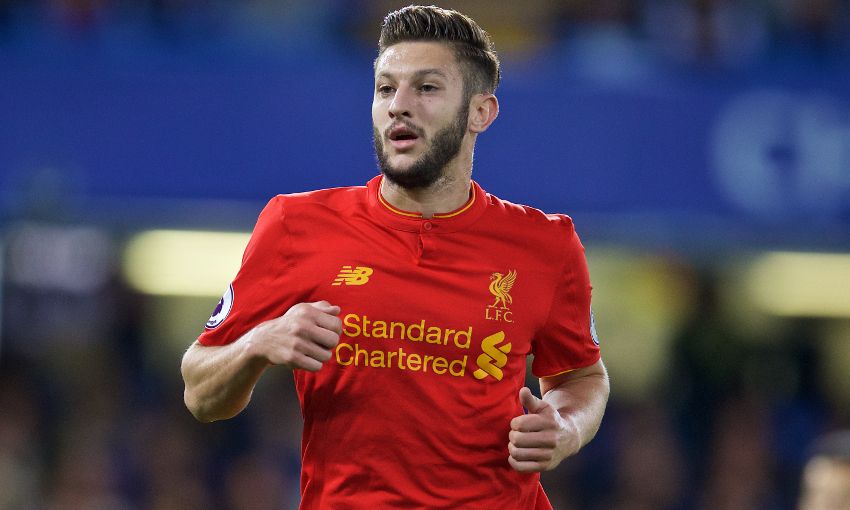 Jürgen Klopp has confirmed Adam Lallana will undergo a scan to determine the extent of the injury he sustained on England duty this week, which could potentially rule him out of Saturday's fixture with Southampton.

The playmaker was forced from the field in the first half of England’s friendly with Spain at Wembley on Tuesday night with a knock that is currently being further assessed by the Reds’ medical team.

However, Klopp reported there were no other serious concerns following the international break as the players returned to Melwood in the last couple of days to begin preparations for the trip to St Mary’s.

The boss told his pre-match press conference: “I would say 95 per cent is good news, but with Adam we don’t know yet exactly.

“Of course, nobody comes off the pitch when they don’t feel anything and I’ve spoken to him already, he felt [something] but we couldn’t do a scan until now, so we have to wait for this. As you can imagine, it will be close. The time until Southampton is short, so I don’t know. Hopefully it is not too serious, but we have to wait.”

Elsewhere, Philippe Coutinho and Roberto Firmino are due to report to Melwood on Thursday following their flight back from Peru, where they were on international duty with Brazil.

Klopp added: “I haven’t seen all of my players until now. The Brazilian guys came back last night. We tried everything to make it as comfortable as possible to bring them back, but I haven’t seen them or spoken to them because I hope they slept immediately and all that stuff. We will see.”

Meanwhile, Klopp insisted Liverpool will continue to err on the side of caution with the fitness of Joe Gomez as he maintains his comeback from long-term injuries.

The 19-year-old took a significant step in his rehabilitation programme by playing 45 minutes in a behind-closed-doors friendly with Accrington Stanley at Melwood last Sunday.

Asked for an update on Gomez’s condition, the manager responded: “[He’s] good, but there’s absolutely no rush in it and we should stay cool. I’m really happy to have him back, it was the first time that I really saw him in a match live.

“It was not the most difficult game for a centre-half, I would say, but he did well. His training is good and now he can start working on the tactical things. For this, he will have match time. I don’t know when exactly we will start this, we have to be very, very sensitive with all the things and all the signs.

“It was a long time he was out. Obviously, as you can see, he is a really physical talent and body-wise he is really in good shape, but we want him for the long-term and so the education starts now.”