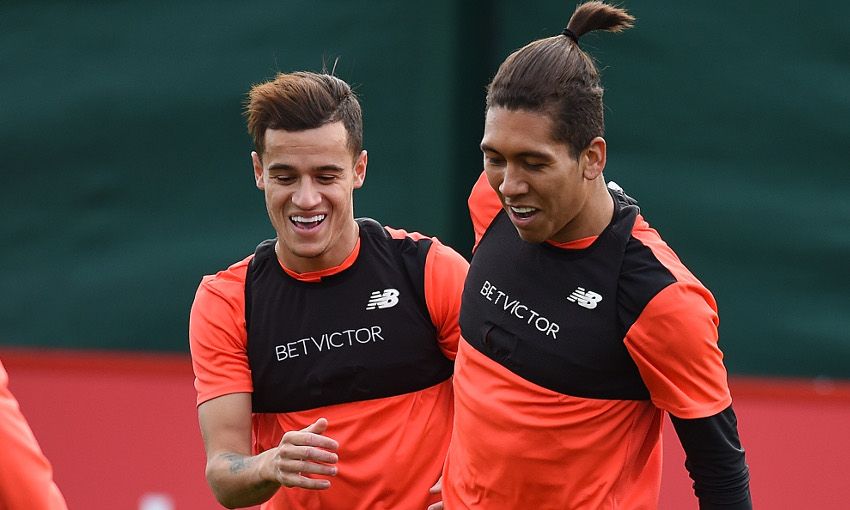 The belief and tactical know-how Jürgen Klopp has transmitted to his squad during his first year in charge at Liverpool have been crucial to a strong start to the 2016-17 season, according to Brazilian duo Philippe Coutinho and Roberto Firmino.

Just over 12 months on from taking the reins at Anfield, Klopp has the Reds playing the sort of entertaining, high-pressing football for which his Borussia Dortmund side were famed.

Improvements made on the mental side of the game have been just as important, though, Coutinho insists.

"The winning mentality, the coach has brought this. He emphasises it a lot," the No.10 told his compatriot Firmino during a fascinating conversation between the two featured in #LFCWORLD.

"He gives confidence to the players. I think today we believe more in our own potential and that has made us better on the field.

"Since he has arrived, the work that he implemented is his ideas. Of course, week by week, we train and practise the game according to the opponent.

"But he always asks for the same thing: hard work with a lot of dedication. It’s a team that puts a lot of pressure on the opponent and that is what he asks us to do, keeping the ball. So they are the same things."

LFCTV GO: Watch our 'Boys in Brazil' exclusive in full

By way of agreement, Firmino added: "I think that with work we have been doing with the new coach for the last year, we have been getting used to each other.

"We have been improving during the training and in the games we are doing our best."

The near-telepathic understanding between Liverpool's two Brazil internationals has been a big feature of the scintillating attacking play on show from Klopp's men this term.

The pair were asked to explain just why they enjoy playing together so much and were only happy to lavish praise upon each other.

"Roberto is very intelligent, he is someone who thinks very fast in the field and he tries to open the way to facilitate the other players and that has been very helpful for our team," Coutinho said.

"In each training session, we get used to each other's styles and we get to know each other and apply that on the pitch.

"Firmino is a very skilful player, he has incredible ball control, it makes the difference to our team in those areas. He scores in many games."

Firmino was also full of compliments for his countryman and said: "We think the same way, we know what we’re going to do before receiving the ball.

"We always understand each other in the games and with our skill everything has turned out well. Of course this is the fruits of our labour.

"Philippe is a magician, who makes magic in each shot, who is always helping with scoring goals and his incredible moves; he is always doing his best on the field."