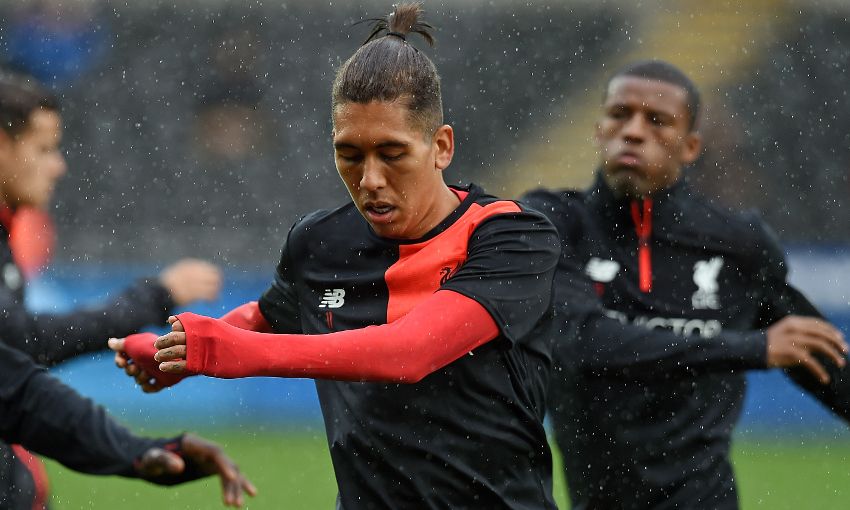 "We have achieved nothing yet."

That is the message from Roberto Firmino, who has played a leading role in Liverpool's exciting start to the season but insists now is not the time for self-congratulation.

The Brazilian has scored five goals in all competitions so far this term as part of a Reds attack that is causing problems for almost every defence it comes up against.

Firmino's natural ability and technique is matched by his remarkable work-rate from the centre of a trident which typically includes compatriot Philippe Coutinho and Sadio Mane.

No team has scored more goals than Liverpool in the Premier League to date as Jürgen Klopp's side have racked up 23 points along with Arsenal and Manchester City.

But as satisfying as that run has been, it will be meaningless unless it is built on according to Firmino.

"If we do not continue on this track until the end of the season, no-one will remember us and we will not achieve anything," he says.

"We have to continue on this track until the end."

The 25-year-old delivers this assessment of the campaign to date in a special conversation with Coutinho on the new episode of #LFCWORLD, which premieres tonight.

At a Brazilian restaurant in the city centre, the pair discuss football, Liverpool, friendship, their journey to Merseyside and the challenges in the Premier League.

"It has been improving, year by year, the standard and the players have been growing," Firmino explains about the latter.

"So each year is more difficult to be always at the top, winning Premier League titles, which is the most competitive championship in the world. And it is an honour to be playing in the league."

The No.11's combination with Coutinho has reaped rewards for Liverpool on multiple occasions already this season as the duo continue to mature on Merseyside.

And in the new show, he tries to pin down why their partnership is so effective.

Firmino says: "We think the same way. We know what we're going to do before possessing the ball. We always understand each other in the games and with our skill everything turned out well.

"Philippe is a magician, who makes magic in each shot, who is always helping with scoring goals and his incredible moves.

"He is always doing his best on the field."

Don't miss the full conversation between Coutinho and Firmino on #LFCWORLD tonight from 8.30pm GMT on LFCTV and LFCTV GO.