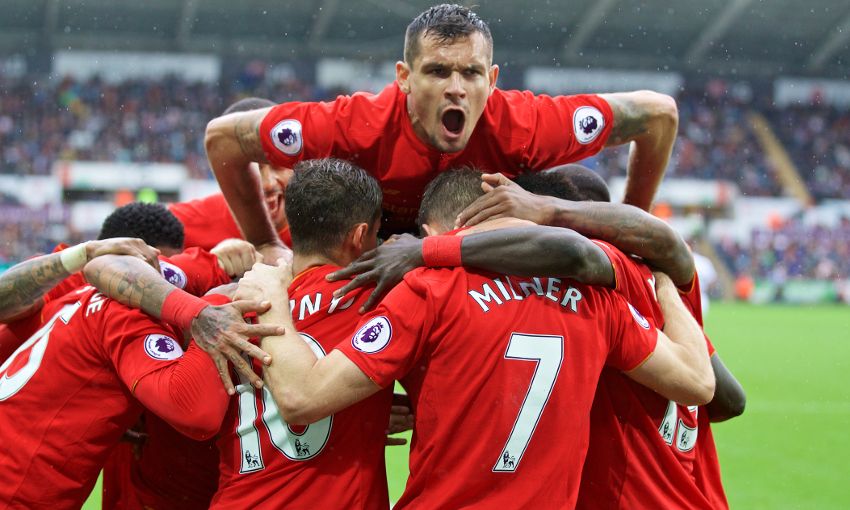 An in-built refusal to give up has not only allowed Dejan Lovren to change the course of his Liverpool career, but also guarantees the defender will 'never stop fighting' for the club.

It is now almost two-and-a-half years since the Croatia international was recruited from Southampton with the task of adding leadership to the Reds backline.

Lovren’s single season with the Saints had earned the centre-back rave reviews around the country as he adapted to the Premier League from French football with apparent ease.

A clean sheet and a winning goal at Anfield stuck in the mind.

At the end of the campaign the division’s runners-up, Liverpool, sought his signature and a dream move became a reality that summer, handing Lovren a chance to prove himself all over again.

But when the Reds struggled to recreate the blistering form of the previous season’s title challenge, the new No.6’s hopes of another seamless transition faltered.

“When I came I was in good form. I was really mentally strong. For the first three or four games I had confidence,” he recalls in a frank chat with Liverpoolfc.com at Melwood.

“It wasn’t about performing better. I was just searching for my form in the beginning of the season – from Southampton to here. It took time.

“You can’t do it alone when the whole team is not doing well, it’s really difficult. Then when you make mistakes, everyone is on you.

“That was an unlucky time for me. People expect straight away when you pay so much for a player. But it’s in the small details. All the small things are a big part on the pitch to have a good result at the end.

“When Jürgen [Klopp] came, it changed everything. I had my confidence. I’m still growing better and better with him. I can be a better player.”

The 27-year-old showed his as recently as Saturday evening, when within three minutes of gifting Crystal Palace a goal with a personal error, he powered a header into the net at the other end to help Liverpool keep track for a 4-2 win.

But, in fact, the defender has been drawing on determination and resolve throughout his time on Merseyside to successfully turn criticism into appreciation.

Adam Lallana, who made exactly the same move from St Mary’s to Anfield in 2014, has travelled a similar path since the pair joined the Reds within weeks of one another.

And Lovren credits self-belief for their respective transformations.

“I understand the fans and I hope they understand me now and how the situation was,” he says.

“The most important thing is that these kinds of players, who are really strong mentally, will never stop fighting.

“We went through this and I think it says a lot about mental strength – and not just me and Adam, a couple more players have really improved.

“You need to be mentally strong if you want to compete. Every three or four days, there are big games and a lot of stress. You need to be ready to work hard. Nothing comes easy in life.

“But we never stop believing in ourselves and that’s the reason why we are still here and have positive comments about us. That’s what drives us for the future.”

Dejan Lovren was speaking in association with LFC World, the immersive fan experience set to bring supporters around the world closer to the club. Click here for more details on the event currently taking place in Singapore.