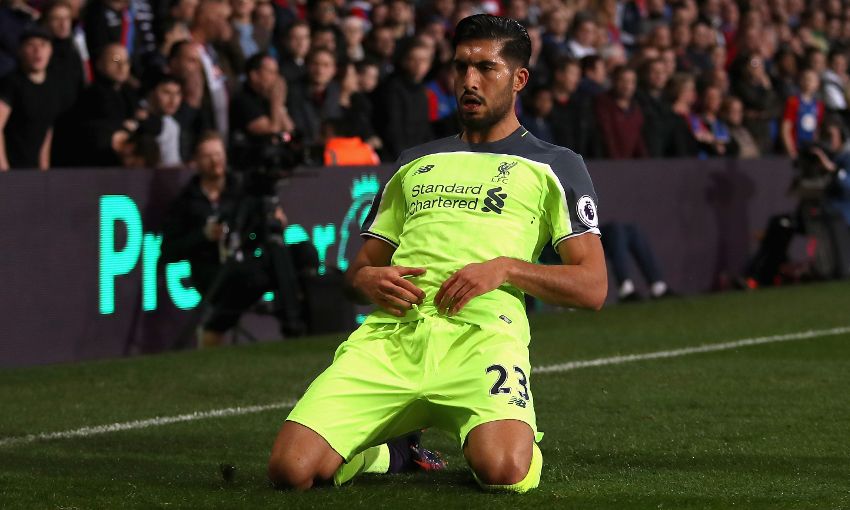 Emre Can was braced for a tough night against Crystal Palace and came away from the contest happy because 'you have to win these kinds of games'.

The German opened the scoring at Selhurst Park on Saturday evening with a neat, low finish from Alberto Moreno’s clip into the penalty area.

His strike prompted a hectic period of action and by half-time Liverpool had taken the lead on two further occasions and held a 3-2 advantage over the Eagles.

The frenzy subsided after the break and Jürgen Klopp’s team ensured a seventh victory of the Premier League season when Roberto Firmino dinked home a fourth goal.

Jordan Henderson described the match as a ‘battle’ and Can agreed with the sentiment, explaining why it was crucial to head back to Merseyside with three points.

“We knew before the game it would be a very tough game,” he told Liverpoolfc.com.

“It’s always difficult to play at Crystal Palace, but we did very well in the first half. The second half was not too good. But you have to win these kinds of games – we did it and we’re very happy.”

Watch our post-match interview with Emre Can in full

The No.23 found the net for his club for the first time since February – and was delighted to end his drought in front of goal.

Klopp made one change to the starting XI from last weekend’s Premier League win over West Bromwich Albion, with Moreno replacing the ill James Milner at left-back.

And as well as highlighting the strength in depth available to the manager, Can praised his Spanish teammate for the way he confidently slotted into the side.

“You can see we have a very strong squad,” said the 22-year-old.

“Alberto did very well. He is a very good player and he played with confidence, that’s what we need. He did his job very well.”