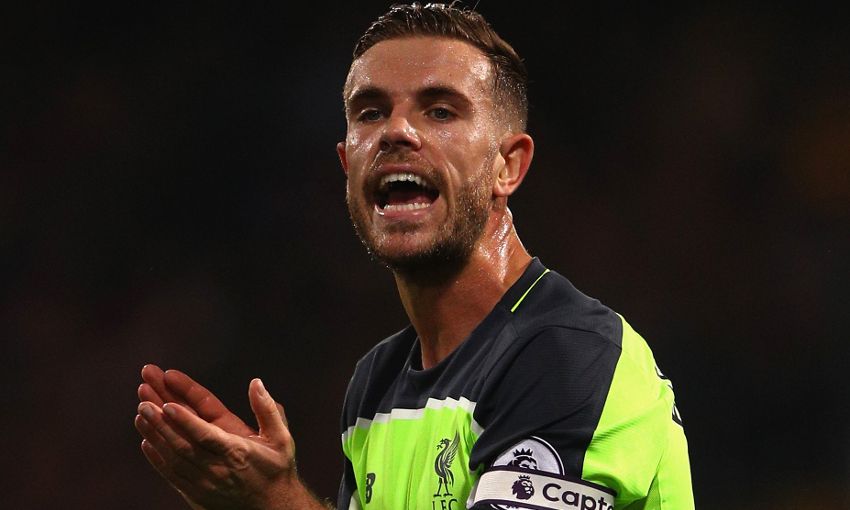 Liverpool will learn from their mistakes and not get carried away insisted Jordan Henderson after they emerged from a 'battle' at Crystal Palace with three points.

It was a frantic game for almost the entire first half at Selhurst Park as the visiting team dominated proceedings and went ahead on three separate occasions.

But a James McArthur double was sandwiched between the goals from Emre Can, Dejan Lovren and Joel Matip, meaning work still to be done in the second period.

Henderson and co resisted the Eagles and sealed a 4-2 victory when the captain sent a perfect pass through for Roberto Firmino to beat the goalkeeper with a dink.

“It was [a real battle]. We knew that before we came, it’s a difficult place to come to,” the skipper said post-match.

“They’re a good team and hard to play against. It was a battle throughout the game. But I thought in the second half we managed the game well.

“We were under pressure from a few set-pieces but I thought we dealt with it well and managed to finish the game off. Overall, we’re delighted with the three points.”

The result meant Liverpool kept pace with Arsenal and Manchester City at the top of the Premier League table, with 23 points from the opening 10 fixtures.

Henderson continued: “I’ve said before that we’ve just got to concentrate on our game, take each game as it comes, keep winning and keep the momentum going.

“We’ll see where we are at the end of the season. We’re not getting ahead of ourselves – we’re just concentrating throughout the week on what we need to do on the next opposition and what our game-plan is. We’ll take it game by game.”

And the No.14 admitted that although his side recovered from the errors they made against Palace, they must quickly improve on them.

“We need to look back at the game and the mistakes we made,” he said.

“But we dealt with it well – we forgot about it and moved on and just concentrated on what we had to do to win the game.

“Dejan will be disappointed but he comes up with the goal and then he was magnificent throughout the game. You’ve got to give people like that credit. It takes a lot of character to do that.”