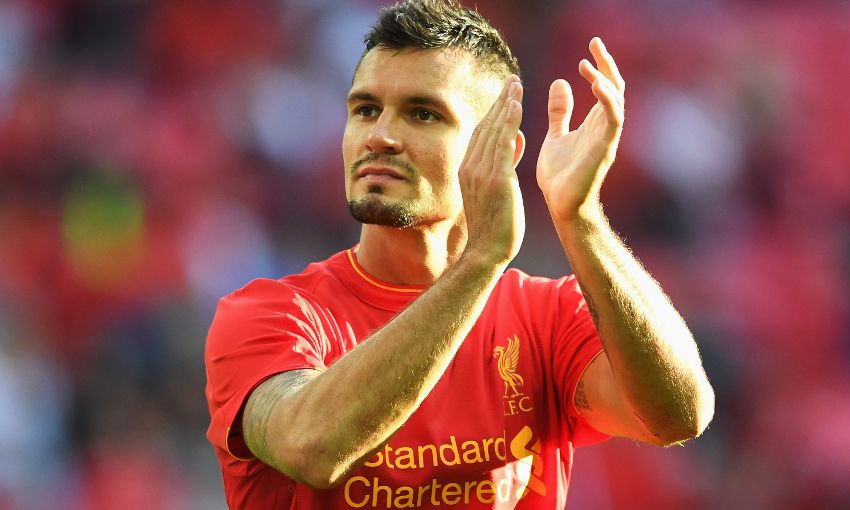 Liverpool's positive start to the season has given Dejan Lovren belief the quality is there to beat any team in the division – and the defender wants to show that against West Bromwich Albion.

A run of five wins and just a single defeat in the opening eight Premier League games looks to have laid the groundwork for the Reds to challenge for the top spots this term.

“It’s good when you are in the race,” Lovren told Liverpoolfc.com. “You have a better chance to finish well than if you are sixth or seventh. You know everything is possible.

“Every game is a ‘win’ game for us – we have the quality to beat everyone, when you look at the teams we have played already. It’s just about a winning mentality. If we can keep that, at the end of the season we can be proud.”

For now, though, the focus is purely on the visit of the Baggies.

Lovren’s first match in English football, back in August 2013, saw the centre-back face Albion for Southampton following a switch from Lyon. “A tough game,” he recalled.

Last season, the Reds were unable to overcome Tony Pulis’ side in their two Premier League meetings, drawing 2-2 at Anfield and 1-1 at the Hawthorns after trailing in both.

Lessons have been learned, insisted the Liverpool No.6. “Whenever I have played against West Brom it was a really difficult game, physically and mentally.

“It will again be a tough game, but I think we need to learn from our mistakes from last year when we played them here. We know what we can expect, but now it is a different situation.

“We improved a lot with Jürgen [Klopp]. We were really good last season when he came, but now we are flying. We just need to keep that winning spirit.”

Should Klopp’s men dominate the ball in the manner they have for most games so far this season, Lovren will be expected to do more than defend.

Like Joel Matip alongside him, the 27-year-old is tasked with ensuring the opposition cannot break away from the pressure exerted high up the pitch.

He explained: “You need to be more ready to read the ball, where we can lose the ball and where the striker is. Sometimes I feel like I’m in the box!

“With all the managers I’ve had before, they all wanted an attacking game and to be on the front foot, not to go back.”

A first Premier League clean sheet of the campaign was achieved on Monday night as the Reds were held to a goalless draw by rivals Manchester United at Anfield.

Lovren would understandably have preferred a victory to a shutout, but the Croatia international is encouraged by the sense of tightening up at the back.

“There will be fewer and fewer conceded goals, like in the game against Manchester United. Of course, it’s always positive to have a clean sheet.”