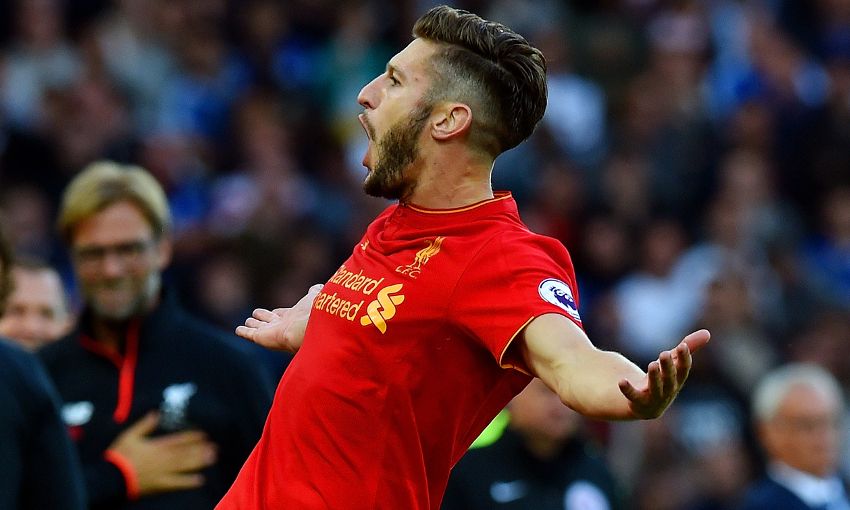 Adam Lallana is in line to reach a century of Liverpool appearances in the Anfield clash with West Bromwich Albion.

The attacking midfielder opened his goalscoring account for the club against the Baggies in October 2014 and, if selected, will play his 100th Reds game on Saturday.

Read on for more interesting facts and figures ahead of the Premier League fixture, courtesy of resident statistician Ged Rea.

The last three games between the teams home and away have finished in stalemate. Another on Saturday would equal the record, set in 1920 and again in 1971, of four successive league draws. In 1971, all four matches were played between April and September.

Liverpool are five goals short of recording 200 in league football against the Baggies.

In the Premier League at Anfield, the Reds have won seven and lost two of the 10 clashes, scoring 18 times. They have scored fewer at home than they have at the Hawthorns, where they have hit the net on 20 occasions.

Their last win over West Brom came in October 2014, when Lallana scored that first goal for the club and Jordan Henderson bagged the winner.

The first goal of Lallana’s career was also scored against Albion, for Southampton in April 2008.

If the captain scores in this meeting, meanwhile, he will become the first Liverpool player since Gordon Hodgson in 1932-33 to find the net in three successive home league meetings with Albion. Hodgson’s feat was achieved over seven seasons.

Dejan Lovren made his first appearance in English football against West Brom in a 1-0 Southampton victory in August 2013, while Philippe Coutinho made his Reds debut in this fixture in February 2013. 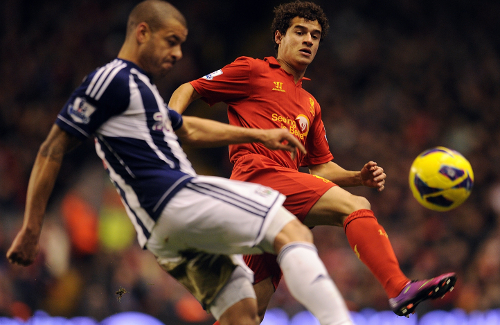 Luis Suarez notched Liverpool’s last hat-trick against the Baggies, almost three years to the day – the first in the fixture at Anfield since Roger Hunt in 1968.

Liverpool are five points better off than they were at this stage last season.

The Reds have never failed to score in successive league games under Jürgen Klopp. The last time was in August 2015, at Arsenal and at home to West Ham United.

Last season was only the second time since 1966 that the Baggies have scored more than one goal in a league game at Anfield – the other being in February 2013.

Tony Pulis oversaw the 1,000th game of his managerial career in Albion’s draw at Stoke City last month. His record after reaching the milestone was 361 wins, 301 draws and 338 defeats.

His team come to Anfield with a sequence of two victories in their last 17 league games. They are, however, unbeaten in the last four since losing 1-0 at Bournemouth and have drawn the last three by a 1-1 scoreline – with Stoke and Sunderland (both away) and Tottenham Hotspur at home.

West Brom have conceded only one first-half goal this season – to Kevin Mirallas of Everton in the second minute of stoppage-time. No team has conceded fewer in the opening period in the top flight.