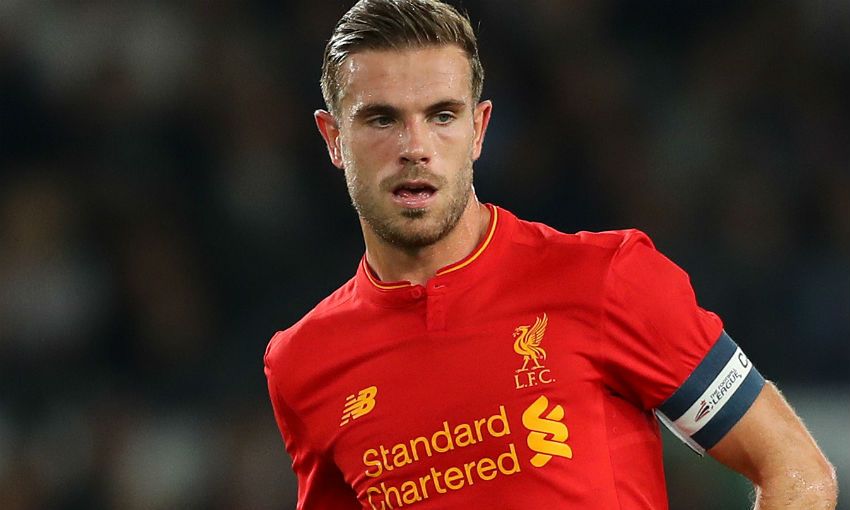 Jordan Henderson’s adaption to his new position at the base of Liverpool’s midfield has impressed one of his illustrious predecessors in the role, Xabi Alonso.

Alonso is a master of the art of playmaking from deep, with the Spaniard still operating as the fulcrum of Bayern Munich’s midfield at the age of 34 having also shone in the position for the Reds, Real Madrid and his country throughout a glittering career.

Henderson predominantly played in a more advanced position for Liverpool before Jürgen Klopp moved him at the beginning of this season, and the boss’ decision has been rewarded with an excellent start to the campaign from his captain.

The 26-year-old is set to lead the Reds out against Manchester United tomorrow night, and Alonso has spoken of his admiration for the current incumbent of the No.14 shirt he wore with such distinction at Anfield.

“It’s not just the performances on the pitch, from the outside it looks like he has taken the leading role in the changing room,” Alonso told Liverpoolfc.com.

“After Stevie [Gerrard], he got the captain’s armband and he wanted to try to continue what they did, and he’s managing it so far. With Klopp and Lucas [Leiva] as well, he’s doing well.

“Jordan has so much energy, he plays well and he’s very complete. Not just as a holding midfielder, he’s able to get closer to the box. He’s becoming a very important player.”

On the demands of playing as a team’s deepest midfielder, Alonso explained: “You need to adapt to your team and teammates, and the opponent as well.

“It’s different when you play a game against a team that tries to play or a team that wants to play long balls and you need to be more focused on the second ball or try to be more physical.

“The more complete you are, the better you will adapt for the long season. Henderson does it very well.”

Alonso also voiced his belief that Klopp is a perfect fit for Liverpool, a club he regards as ‘special’.

“Not just the few games this season but last year, not just in terms of football but socially. He was a big boost for the club and the city - that such a prestigious manager wanted to manage Liverpool,” he continued.

“That gave the people a lot of pride, recognising how special the club is. He has embraced the culture of Liverpool, the tradition but also the hunger to deliver and do something important.