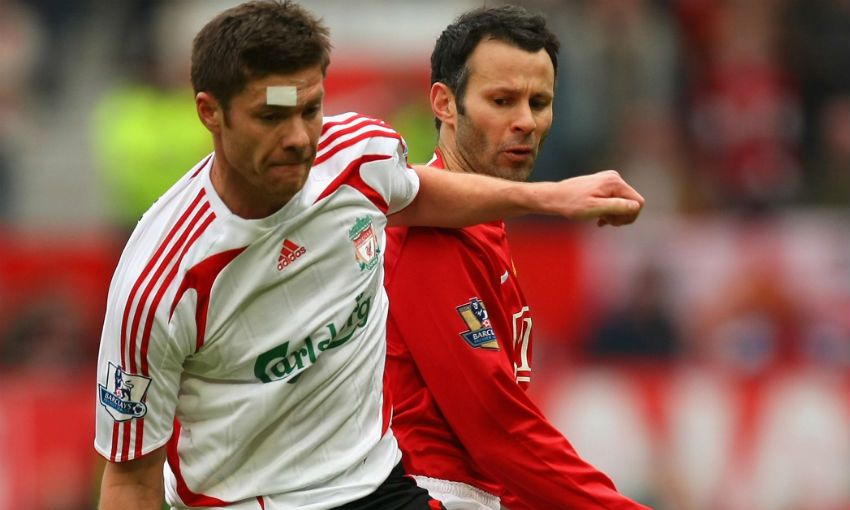 Xabi Alonso will be tuning in to watch the latest edition of a ‘special’ fixture between Liverpool and Manchester United tomorrow night.

Jürgen Klopp’s side resume their thus-far impressive Premier League campaign after the international break when they host Jose Mourinho’s team at Anfield.

Midfielder Alonso lined up for the Reds against United seven times during his five-season spell on Merseyside and is a man who knows a thing or two about arch-rivalries, having also represented Real Madrid in El Clasico and his current club Bayern Munich against Borussia Dortmund.

And the Spanish playmaker will be keeping an eye on matters at Anfield on Monday evening from afar.

Watch our full interview with Xabi on LFCTV GO

“I look out for most of the games but this one especially because of how big it is, the build-up and what it means for both clubs to be successful after 90 minutes, to be the winners,” Alonso told Liverpoolfc.com.

“It’s so important for both teams. It’s still early days in the season but it can be a very, very important game.

“That’s a big one in terms of tradition and a big clash. Liverpool against Manchester United was our big game of the season, whenever they were coming to Anfield or whenever we had to go to Old Trafford, because the tension between the two crowds was so strong you could feel it on the pitch.”

When asked to compare the rivalry between Liverpool and United with those he has experienced elsewhere, Alonso replied: “In each country it is different, it is difficult to rate. The Clasico is the Clasico and in Germany it is so important.

“When we go to Dortmund, it is a fantastic stadium and the crowd is great for them. It’s difficult to rate. But, for sure, all three games are so special. When you come onto the pitch and hear the noise, you say ‘wow!’ That motivates you - ‘I want to play this game!’”

The World Cup-winner added: “These kinds of games, anyone can win. Maybe Liverpool are in a better position and maybe favourites, but it doesn’t matter.

“United still have great players and a good team. This game is so important for them because they don’t want the gap to be bigger. It’s going to be a good one to watch.”