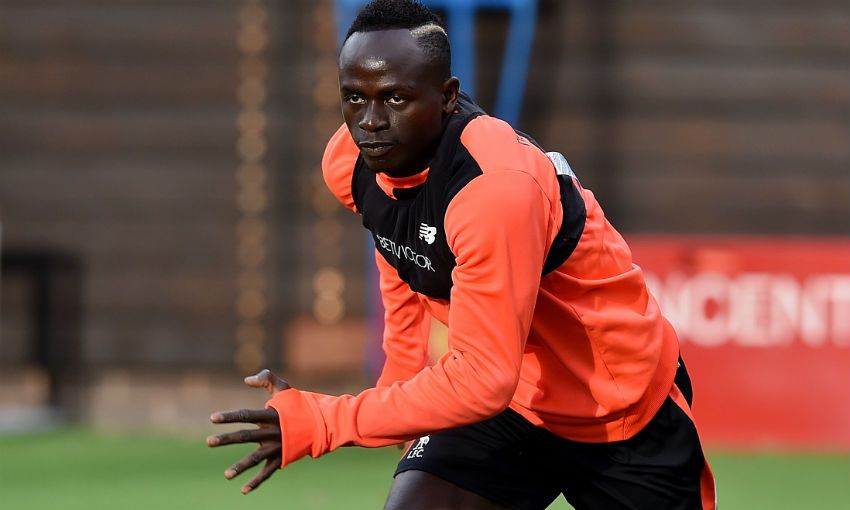 Sadio Mane can’t wait to experience the rivalry between Liverpool and Manchester United at first hand, with the forward admitting that tomorrow night’s clash at Anfield may be the biggest game of his career to date.

A summer signing from Southampton, Mane has quickly established himself as a fans’ favourite among Reds supporters thanks to his dazzling, direct attacking play and tireless work ethic.

The 24-year-old’s six Premier League appearances for Liverpool have yielded three goals and an assist, with his debut strike in the opening-day victory at Arsenal an early contender for the club’s Goal of the Season award.

Watch Sadio's stunner at the Emirates

The current campaign is Mane’s third in the Premier League, while the Senegal international has also represented his country at the 2012 Olympics and 2015 Africa Cup of Nations.

However, the Reds’ No.19 is well aware of the scale and significance of United’s visit to Anfield on Monday evening.

“Maybe this will be the biggest game I have played in,” Mane told the Telegraph.

“My games for Senegal will have been the biggest so far. For my club, I think my biggest was my debut for Southampton against Arsenal. We won and I scored. I was under big pressure so for me that was amazing. Now this will be one of the most important. Everyone would like to score in a game like this.

“It’s normal the fans and people will think this is a particular type of game. We know it’s one of the big games of the season. It might be like El Clasico but, really, when the games starts and you get on to the pitch, then you do have to treat it more like a normal game.”

On being offered the chance to swap the south coast for Merseyside and play for Jürgen Klopp, Mane continued: “I never had a second thought and knew I wanted to join.

“Everyone likes Klopp. He is one of the best in the world and for us to have the chance to have him is a coach makes us all happy.

“He has - I need to find the right word in English - it is a passion. An enthusiasm. He knows how to motivate players, engage with them and give you more confidence.

“He tells us all to always be hungry to win and become one of the best. Whenever I play I know I have the support to help me.”