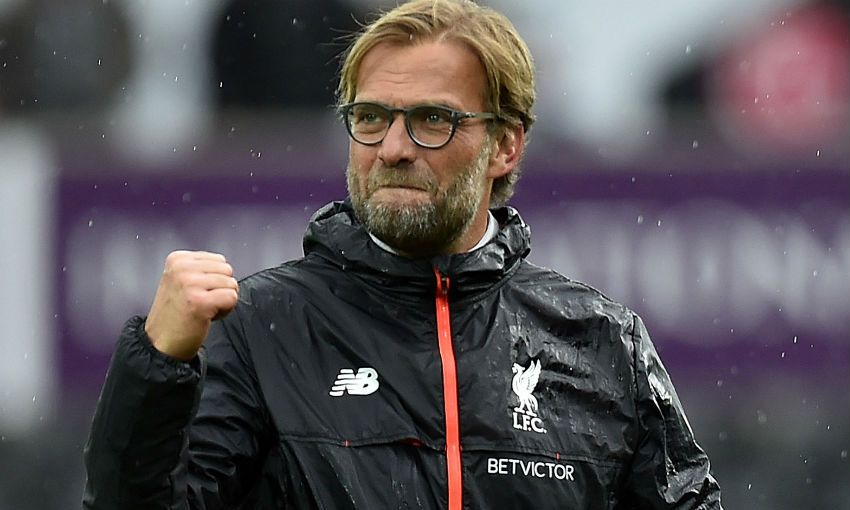 Jürgen Klopp has used his official matchday programme notes to outline why he feels Liverpool fans can give his side the edge tonight when they take on Manchester United at Anfield.

The boss believes supporters could potentially make the difference for the Reds in what is sure to be a tough encounter with Jose Mourinho’s men.

Klopp wrote in ‘This is Anfield’: “I welcome Jose Mourinho, his team, staff, officials and supporters of Manchester United to Anfield. There isn’t much I can say about Jose that I haven’t said before, but of course I will try. He is world-class, he is a winner and he is someone who relishes big moments and big occasions.

“I know he will be looking forward to facing us here tonight as manager of United. He also leads a team filled with world-class players; they have recruited really well to a team and squad that was already packed with quality.

“We have respect for our opponent, as we respect every opponent we face. I know there is great rivalry between our two clubs, but rivalry with respect is something that I believe in. In our hearts we will be giving our all and giving everything to win. So will Manchester United. I think by having great passion but respecting what our opponent also stands for, we can go into this match looking to produce something that is wonderful. This is my hope.

“I cannot promise what the result will be, or even promise a performance level – in sport and particularly in football this is not possible for every game. But I can promise we recognise that tonight is special to our supporters and we will be doing everything we can to make them proud.”