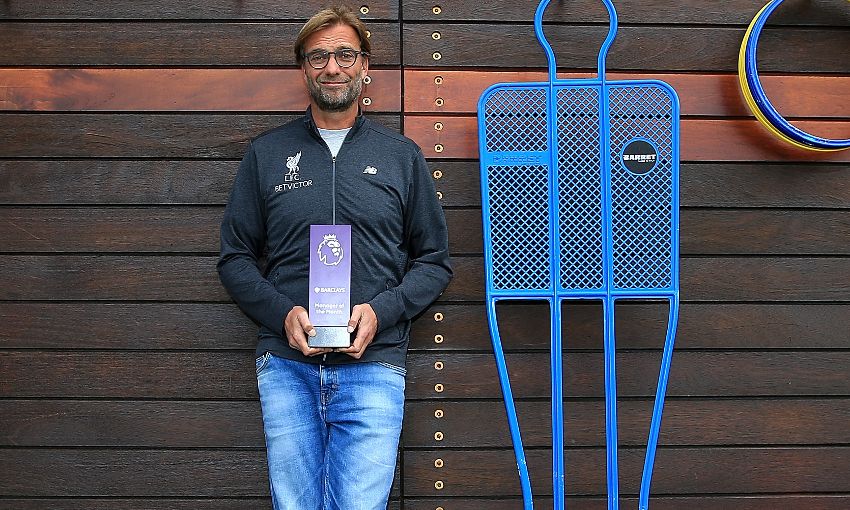 Quiz: Who are LFC's top 30 appearance makers against Manchester United?

Jürgen Klopp has been named the Premier League Manager of the Month after guiding Liverpool to three successive victories in the division in September.

The Reds began their league schedule for the month by welcoming reigning champions Leicester City to Anfield for the first game in front of the new, expanded Main Stand.

Klopp’s charges produced a performance to match the occasion, securing a thrilling 4-1 win thanks to a brace from Roberto Firmino and strikes by Sadio Mane and Adam Lallana.

Their form was carried into the subsequent trip to Stamford Bridge, where Liverpool defeated Chelsea with a display that featured style and grit in equal measure.

A third consecutive victory in the Premier League was then achieved at home to Hull City – Lallana, James Milner, Mane and Philippe Coutinho doing the damage that day.

Klopp’s 100 per cent record meant he saw off competition from Pep Guardiola, Arsene Wenger, Mauricio Pochettino and Alan Pardew to claim the award for September and he was presented with the trophy at Melwood.

Watch: Klopp reacts to Manager of the Month award

Upon receiving the award, the boss said: “I went into the office of my coaches and said ‘we are Manager of the Month!’

“It’s better than not being in the race. In September we obviously had a few results and performances that were not too bad. But actually, I don’t need personal prizes. It’s nice, but I prefer collecting points to personal prizes.

“I was convinced about the potential of my boys and I don’t know where it could lead us to.

“We are in a good way, but there are so many good teams in this league and so many difficult games for us, really great challenges for us that we have to be ready for.

“I’m fine with the moment but we have to play a few more games. Hopefully we perform well.”