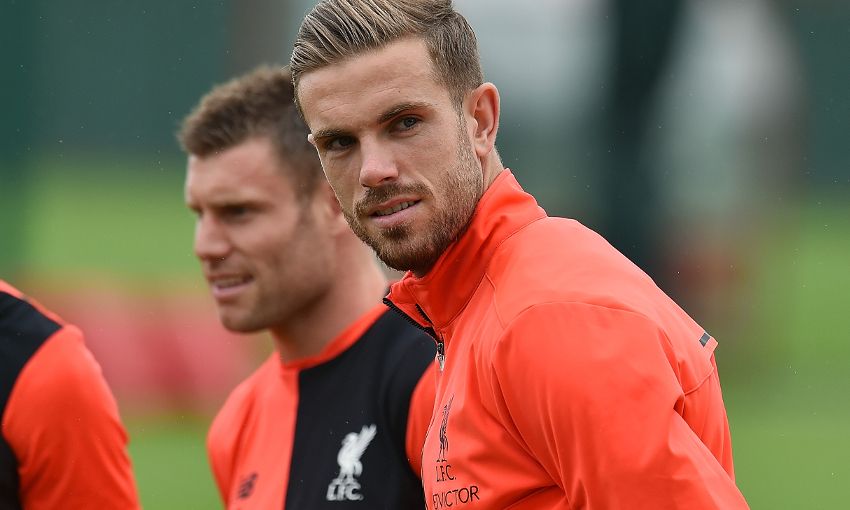 James Milner expects Jordan Henderson to transfer his strengths as Liverpool captain to the international stage when he leads England in Slovenia tonight.

The midfielder has been selected to skipper the Three Lions in the World Cup qualifier by interim manager Gareth Southgate, with Wayne Rooney set to be on the bench.

Milner knows Henderson’s captaincy capabilities well, having been his deputy since joining the Reds last summer – and has no doubt that his Anfield teammate will take the responsibility in his stride.

“It is amazing and fully deserved,” Milner told Liverpoolfc.com.

“He is a top player with a top attitude. He is a great captain here – obviously I have played under him for the last year.

“Last year times were tough for him when he was injured and desperate to be out on the field, but he was a great leader even when he wasn’t playing, which isn’t the easiest thing to do.

“He has shown what a good captain he is really. When things aren’t going well for you, that’s when your strengths come through as a captain.

“He showed that last year and obviously this year on the field he has been playing amazingly. He’ll be a great leader for England as well.”

Henderson turned in a Man of the Match display during the 2-0 victory over Malta at Wembley last weekend, creating both goals for his country in the process.

The performance was simply a continuation of his form at club level, which has helped the Reds win seven of their nine matches so far this season.

Milner said: “He is a top player. It’s not always easy for opposition fans to see quality players if they’re not watching them every week.

“But I’m sure at the teams he has played for people know how good he is. He had a great game the other night, he has been pulling the strings for us in midfield. Hopefully it continues.”

And added: “To lead out your country is a massive honour, something you grow up dreaming of doing. It means so much.

“It will be a great night for him and hopefully they can get a good result as well, because that’s obviously the most important thing. You want to round off the night with a good result.”