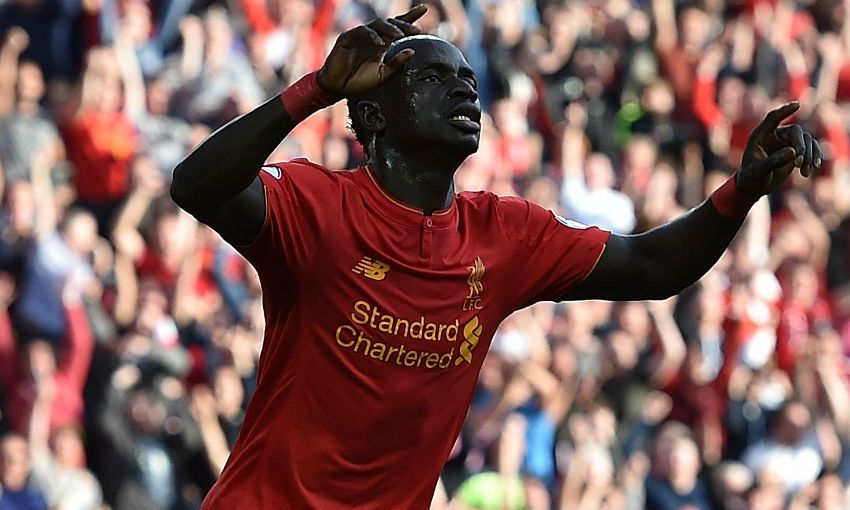 Sadio Mane says he and his fellow attackers are relishing the freedom afforded them in Jürgen Klopp's tactical setup this term.

The Senegalese forward has contributed three of the 26 goals a prolific Liverpool have netted in their first nine games of the 2016-17 campaign.

Mane's pursuit of goals has been aided by the fact that he and his teammates in the attacking third are given licence to roam, meaning he can often arrive in dangerous areas from his starting position on the wing.

And the 24-year-old is certainly enjoying playing in such a fluid system.

"It’s a system where everybody knows their job. Roberto, Coutinho, Studge, Adam… we know each other’s game," he told the latest edition of Liverpool FC's official magazine.

"It’s become easier for us thanks to working on it and we are enjoying playing this way. Whether I’m starting up front or out wide isn’t really the most important thing.

"The manager says be free and then get into dangerous areas where you can hurt the opposition."

A strong start to the season for both Mane and the Reds has given the wideman plenty of reason to smile, and he is happy to do so - just like one of his footballing idols.

“Some people say I don’t smile enough. I think that’s wrong. I’m usually smiling and having a laugh in training because I enjoy football," he added.

"Ronaldinho always did that and I’ve always tried to copy him. I think footballers have plenty of reasons to smile. We have a great job that everybody would like to have."