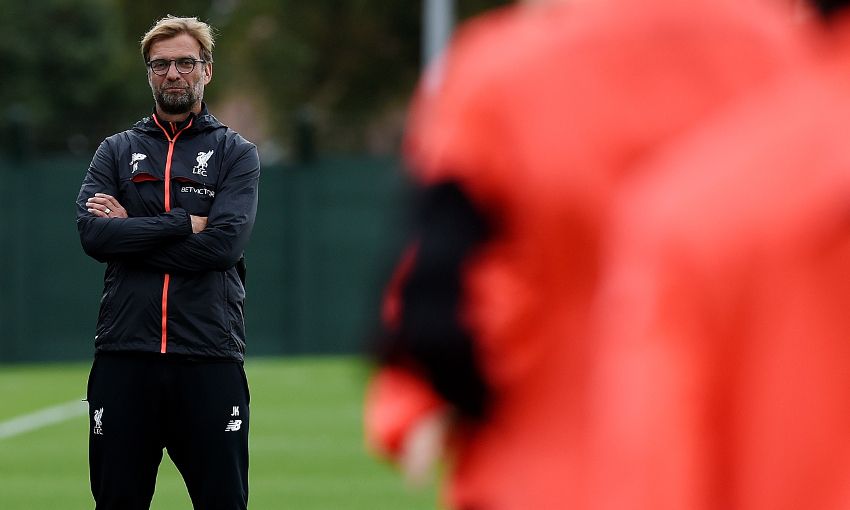 Jürgen Klopp insists he will be patient and positive with Liverpool's players as they try to develop together into a successful team.

Saturday marked the first anniversary of the German’s appointment as manager at Anfield, following his seven-year spells with Mainz and Borussia Dortmund in his home country.

It was an eventful 12 months for Klopp and his charges, who reached the finals of the League Cup and Europa League – but were frustrated in both – and experienced their share of thrilling wins and sobering disappointments.

The Reds have started the new season in excellent form and claimed victories in seven of their nine matches in all competitions, racking up 26 goals in the process.

And the boss feels the best way of enabling his side to continue to flourish is to ensure they ignore any sense of pressure and remember that progress takes time.

Speaking to three supporters as part of a special LFCTV feature which saw Klopp try his hand at crown green bowls, he said: “I can stay positive even when nobody is positive anymore.

“You need to create an atmosphere in the team where they listen to me and not listen to all around.

“They are very young lads. We all dream about the experienced players in the past but at one point in their career they were young players without the same quality.

“We need to give them the chance to develop and get there. We always judge so early. But I’m very patient. I know we need time but it doesn’t mean that we cannot do it now.”

Klopp added: “I’m completely fine with my squad, I really like it. [We have] good characters with a really good attitude – and all the rest you have to develop.

“I saw a lot of things last season where I thought ‘OK, come on, let’s try.’ And you cannot do more than try.”