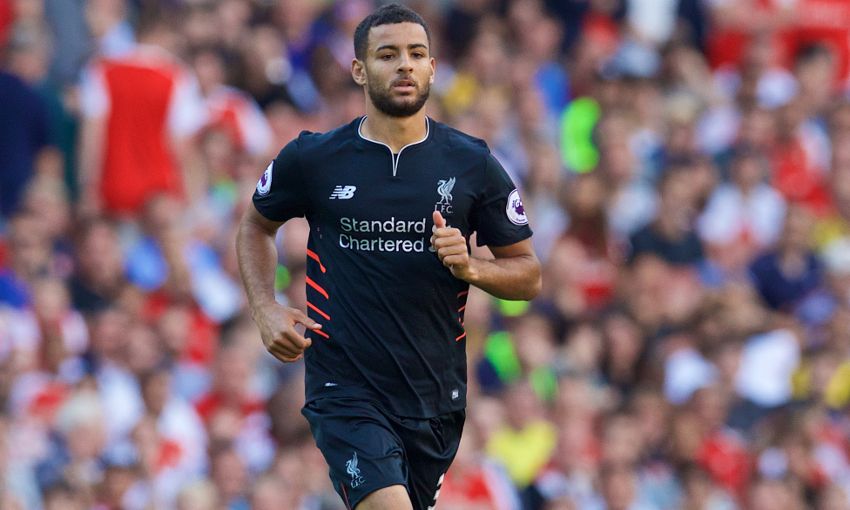 Kevin Stewart believes time is on his side in the quest to become a Liverpool regular.

The 23-year-old is in conversation with former Reds man Jason McAteer in the latest episode of #LFCWORLD, which premieres on LFCTV and LFCTV GO from 8.30pm BST this evening.

Signed as a defender from Tottenham Hotspur in the summer of 2014, Stewart has quickly developed into a trusted member of Jürgen Klopp’s first-team squad during the past year.

The No.35 initially caught the manager’s eye in training in the early stages of the German’s tenure and soon showed he was able to carry his composure and ability in a midfield role up to senior level.

After a Reds debut in the FA Cup at Exeter City back in January, he made 11 appearances in total last season and has followed that up with five more games so far in 2016-17.

So far, so good then.

Speak to Stewart, though, and you soon realise that the midfielder’s modest but determined personality means he will not settle for what has been achieved to date.

“I’ll always believe I can make it. It’s just a matter of [giving it] time,” he explains to McAteer as part of magazine show #LFCWORLD.

“I’ve signed a new contract and the main thing is that while I’m happy with it, it gives me time [to develop].

“There are top players here at Liverpool, international players. I just try to get better every day, competing with them but working together at the same time. So things are looking good.”

Stewart describes his role in the side as one to ‘win the ball back and serve other players’ as well as provide protection behind those further forward.

But Klopp preaches fluidity in his Liverpool team and the Englishman also feels comfortable with stepping out from his starting position when required to.

“The manager emphasises that he doesn’t want just one player in a position all the time,” he adds. “So while I’m a more defensive player, I’ll go a bit higher up the pitch if needs be.”

And what of his own relationship with the boss?

Stewart says: “I don’t really need much motivation, but there are times when [I need an arm around the shoulder]. And he’s very clever in knowing which players need what.”

Catch the full interview with Stewart and McAteer in episode eight of #LFCWORLD – available to watch on LFCTV and LFCTV GO from 8.30pm tonight.