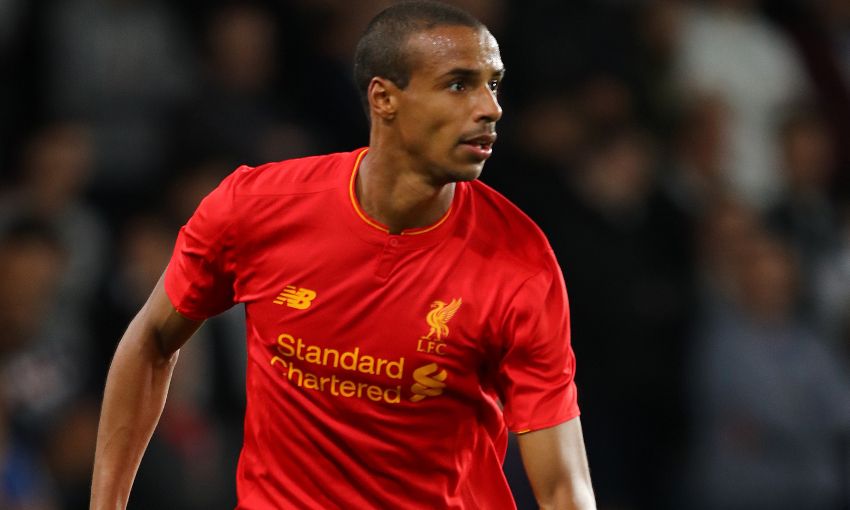 Grujic explains the feeling of a first game at Anfield

Liverpool's goalscoring exploits have been creating headlines so far this season but Joel Matip is eager to increase the clean sheet tally too.

The Reds have plundered 24 goals in their eight matches in 2016-17, including hauls of four or more in a single game on four separate occasions.

At the other end, though, only two shut-outs have been achieved – neither in the Premier League – and Matip is aware of the need to change that statistic to ensure Jürgen Klopp’s side maintain their promising start to the campaign.

“A solid defence always helps to win games and it is always necessary for a good team,” the centre-back said in Saturday’s matchday programme.

“We have to improve but we know this and we will work hard towards getting better and keeping clean sheets because sometimes we may only be able to score one goal and we want that to be enough to win.

“It will take hard work but that is no problem for us. We have a lot of good quality in our team and I am sure we will get better as the season progresses.”

Matip was partnered in defence by Ragnar Klavan for the Anfield clash with Hull City last weekend, with Dejan Lovren ruled out due to a viral infection.

Liverpool’s dominance of the encounter meant the summer signings were not called on too often but they impressed with their composure when tasked with stopping the Tigers.

And the No.32 echoed the sentiments of the manager, James Milner and others in explaining why strength in depth in all areas is so important for the team.

“Competition is always good in every position and it will help bring the best out of me,” added Matip.

“I have to be better and I want to be better. Having that quality of player around the squad means that if we have injuries – as we have in the first few weeks of the season – there are enough players of a high calibre to come into the team.

“I am also self-confident enough to say that if I am at a good level, I will play and I will be able to help the team.”