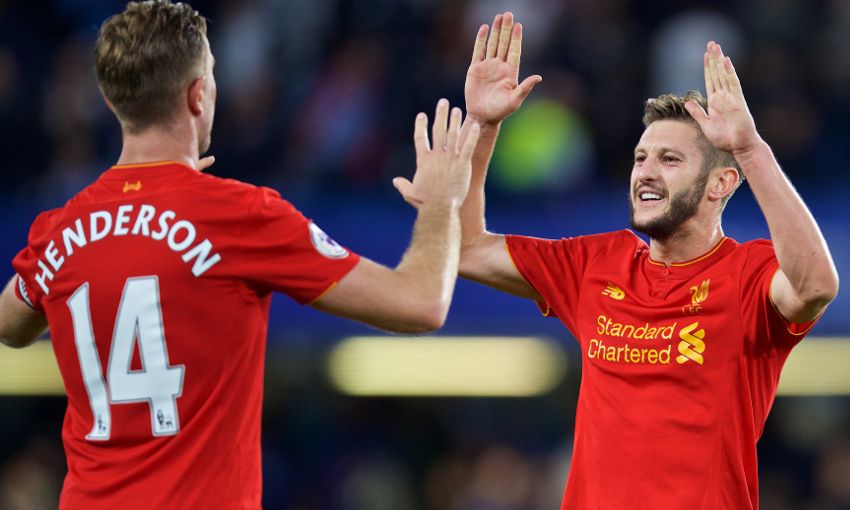 Liverpool's ability to replace quality with quality in the starting XI shows 'the future is very bright' for the club, according to Adam Lallana.

The Reds were without Roberto Firmino at Stamford Bridge on Friday night but retained their attacking dynamism in claiming a 2-1 Premier League win over Chelsea.

Philippe Coutinho had been on the bench the previous weekend following a late return from international duty – and Jürgen Klopp’s team eased to a 4-1 home victory against Leicester City.

Having that option to rotate players and still maintain an overall high level is crucial to Liverpool’s hopes of achieving success this season, believes Lallana.

“We have got a great squad and the manager obviously feels that when big players come back late or have got a knock, you don’t just have to rely on them,” the midfielder told Premier League Productions.

“It’s great that we’ve got players who can come in and do well and still get three points. It’s a long season and we’re going to need our squad if we’re going to do something good.

“[The future looks] very bright. The squad is very talented and it’s just about being more consistent. The manager is on to us all the time about improving.”

While tweaks have been made at the top end of the pitch where necessary, Lallana has been a constant in the side from a deeper, central position.

It is a role the No.20 is enjoying, as evidenced by his two goals and impressive form so far this season, and one he feels maximises his ability.

He added: “I see a lot more of the ball. When I was out wide, there would be periods in the game where I wouldn’t be as involved in the game as I would like.

“I’m sure anyone would say they want to be on the ball as much as possible. In the central area I’m getting a lot more touches on the ball and I’m being able to use one of my qualities.”