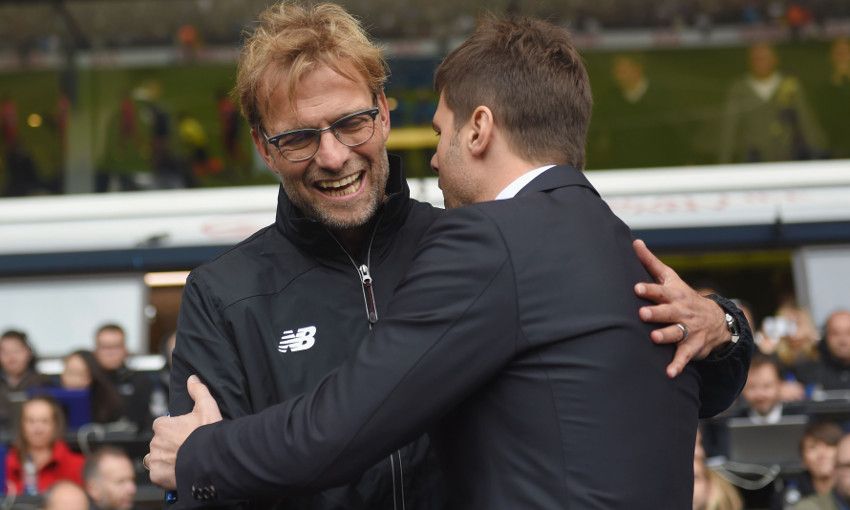 Jürgen Klopp believes this weekend's trip to White Hart Lane will see Liverpool face a Tottenham Hotspur side stronger than that which finished third in the Premier League last term.

The Reds' season-opening run of three straight league away games comes to an end in the capital on Saturday as they take on a Spurs team who have made a solid start in their bid to improve on 2015-16's title push.

Mauricio Pochettino's squad was bolstered by a number of high-profile signings ahead of the new campaign, and Klopp knows his charges will be in for a tough test in north London.

But the German insists he is focused on ensuring his players can impose their own strengths upon Tottenham when the two teams meet.

Speaking at a press conference to preview the clash, he told reporters: "They are absolutely convinced about their way and their style of play. They didn't change too much and they have high individual quality.

"They can even leave [Dele] Alli out, that's a big difference from last year, with [Vincent] Janssen they have a really skilled striker. Harry [Kane] can play from a No.10 position too and did it well.

"[Victor] Wanyama and [Eric] Dier in the centre is a little bit different to Dier and [Mousa] Dembele. The rest [of the team] is very experienced and has played together one-and-a-half or two years nearly but they are still young so there's still space for development.

"That's what you need to know but at the end they need to play against us and this game can be completely different to the last two games we played.

"The whole situation on the pitch will be different. They are a pressing team, a high-pressure team, so we need to know about this. They don't give away a lot of spaces but there are spaces, of course.

"They need to play against us and that's the thing, so I'm not too interested in where they develop but, of course, we know they are strong, that's the only thing we need to know. We can be strong too and should show this at 12.30 on Saturday."

Klopp avoided wholesale changes to his starting XI as the Reds began their EFL Cup campaign against Burton Albion on Tuesday, and was rewarded with a 5-0 win.

Reflecting on his selection, the manager explained that finding rhythm is his main concern in the early stages of the season, rather than resting players who do not yet have many games in their legs.

"The most important thing in this early stage of the season is that you can get rhythm," he added.

"It's not about rest, there's no intensity, these boys recover in hours. If you already have 50 games in your legs then it's quite difficult to have the next game three days later but not at this moment.

"So, I have no reason to think about the line-up for Burton. I was only [thinking about] how can we win this game?

"One or two players with not a perfect pre-season, you have to think about if it makes sense to leave them out after the game on Saturday and then Tuesday, especially when you have fresh, high-quality players on the bench.

"If they all played in England it would be no problem but they play all over the world; the game is a smaller issue than the travel they have to do.

"But it's the same for all teams so we don't have to moan about it, it's just not perfect. We need to use this moment in the season to get rhythm and to answer the questions we still have in our game.

"When you see matches from last season in February, we are stronger now. But obviously it's not easy to show in this moment because there's not the rhythm, not that knowledge of each way.

"All teams are in the same situation but we need to collect points in this moment to have a really good base for the moment when the league starts with all teams in best shape."