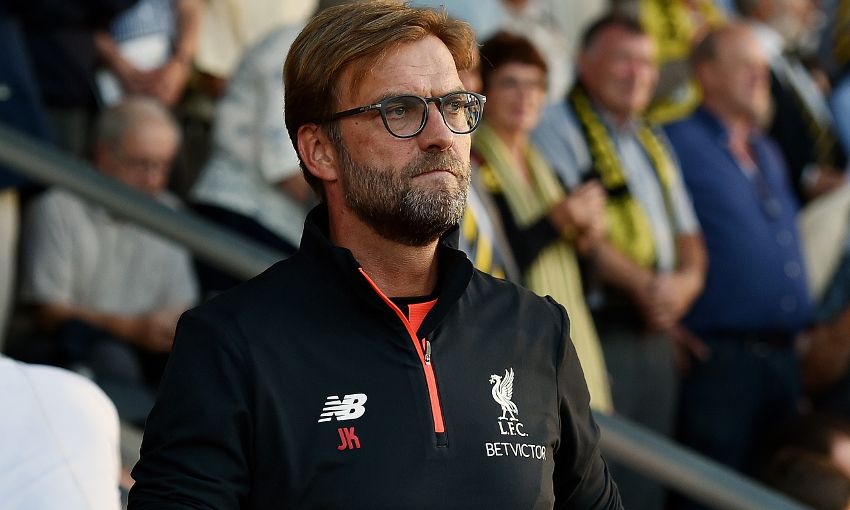 Jürgen Klopp believes Liverpool put the lessons learned from Saturday's defeat at Burnley into practice as they cantered to a 5-0 victory at Burton Albion in the second round of the EFL Cup on Tuesday night.

The Reds put their Turf Moor disappointment behind them as goals from Divock Origi, Roberto Firmino and Tom Naylor (OG) as well as two from Daniel Sturridge ensured they swept aside Championship opposition at the Pirelli Stadium.

And Klopp felt he witnessed signs of what was discussed in the aftermath of the 2-0 loss to the Clarets being put right in Staffordshire.

He told reporters after the game: “When I saw the [Burnley] game again, there were a few situations where we missed a little sharpness. But the main problem was that with one more pass we were 15 times completely free in the box.

“In the game, we didn’t see it, so we needed to use this. That’s what we did today and it was better.

“We were there, where we had to be. We were on the line, we had possession [around] the box and bodies in the box. The first two goals were like this – one was a transition, the other one after a second ball. So, it was all good.

“Even in games you’ve lost, you have to use things if there are a few things that you can.

“[Because of our performance] in the end, it was not as difficult as we could have imagined or expected it to be. I think it was the most difficult draw [in the second round].

“It was possible an [upset] could have [happened], so we were really serious. We were very professional and we did our job, so it was good.”

The sight of Origi and Sturridge getting on the scoresheet against Burton was a welcome one for those of a Liverpool persuasion – and Klopp is hopeful such form will continue to mean he has tough selection dilemmas ahead.

He added: “In the end we have to make decisions but the job I have to do is to find the right [ones] to make the right solutions.

“The job the players have to do is to be in the best shape they can be in. So it’s clear what both sides have to do and in the end hopefully they are difficult decisions [for me to make].”

Watch Liverpool at Anfield in style this season with The Dugout, plus a range of hospitality offers. Click here for details.