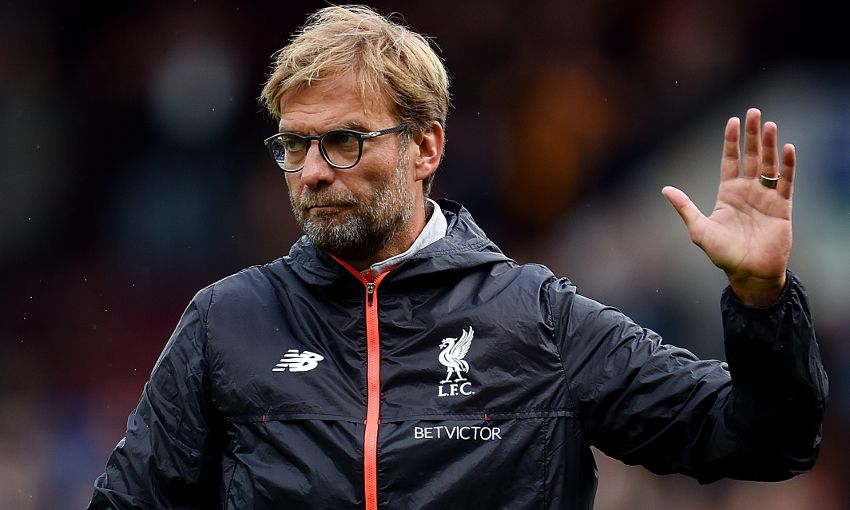 Jürgen Klopp believes his players must take greater care of the ball if they are to avoid falling victim to the type of counter-attacking performance that saw Burnley claim a 2-0 win on Saturday.

Liverpool dominated possession at Turf Moor but were hit twice on the break in the first half as they were downed by Sean Dyche's newly-promoted team in Lancashire.

Speaking after the game, the boss was reluctant to place the blame on his defensive unit for the concession of two goals, instead preferring to highlight the fact that possession was surrendered cheaply on in both situations.

And he expects valuable lessons to be learned by the Reds from a game that has served as something of an early wake-up call.

"I know we discuss this and we always talk about it. But it’s not a defending problem, it’s an offensive problem. We lose the ball in the wrong moment and bang, they are gone," he said.

"You can say that we should be ready in our development and these mistakes should not happen any more, but obviously in our training drills we didn’t play the ball straight to our opponent! We did it in the game, put ourself under pressure and there you go.

"This is information I didn’t want. I knew it before. But I saw a lot of good things. If you had told me last year that we would play at Burnley like this – it wasn’t perfect, but to play like this – I would be really surprised.

"We lost concentration, and didn’t force them to make these defensive movements again.

"It’s not an off day, just an experience that we didn’t want."

The German also insisted that he has no need to be angry with his players when cool analysis of the moments that cost them against the Clarets is needed.

"The whole game is explained by the two goals," he added.

"We can say that they scored two and we could have scored five. We can ask if it’s fair that they had two good moments, we had 500, and it was 2-0.

"But it’s our job to get the result which we deserve. And obviously on Saturday we deserved a defeat.

"I don’t like it. I was really angry, especially around the first goal, because it was so unnecessary.

"I was not angry at half-time, because it makes no sense then. If being angry makes sense, then I can be angry.

"Tomorrow, when I feel I need to put the finger on what went wrong, I will do it. When angriness helps, I’m angry. But I’m not just angry because."