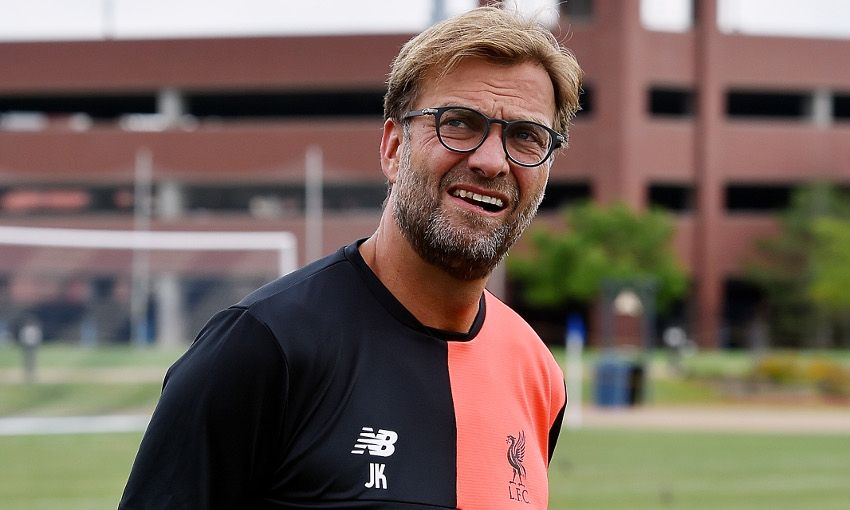 Jürgen Klopp has promised his Liverpool squad will make full use of the two weeks prior to the start of the new Premier League season to ensure they are firing on all cylinders for the big kick-off.

The Reds will begin their 2016-17 campaign against Arsenal at the Emirates Stadium on Sunday August 14, but still have friendlies against Barcelona and Mainz to come before then.

After the club's pre-season tour of the United States ended with a 2-1 defeat to Roma in St. Louis, Klopp highlighted the short period before the meeting with the Gunners as key for his team's preparations.

He believes the disparate fitness levels of his squad will level out during that time, and says the work done during a 12-day training camp in the US will also soon bear fruit.

"You saw, it's hard, today was the first game for Emre [Can] and obviously not too good, but we all know he can play football!" he told Liverpoolfc.com.

"It's because of different intensities, how it felt for different players. So we need to use these two weeks to bring all this together and then find a formation for the first game, then find one for the second game.

"It was good what we could do here, we could train a lot, the club gave us perfect circumstances so that we could be concentrated on work, so that's what we did.

"Even if you saw nothing of it tonight! But really we trained, I promise!"

Klopp oversaw an hour-long training session in the build-up to the friendly against Roma at Busch Stadium, a game which was played in sweltering conditions.

But the manager refused to accept tiredness as a factor in his side's defeat, and blamed a lack of cohesion for their demise.

"Sometimes it's better that you lose when you know why you lose than you win and you have no idea why you won," he added.

"Today it was clear, the first half was a good beginning and then completely wild because [in] each kind of formation, there were big spaces between all players, the last line was too deep, and the space between the last line and the midfield was too big! The gaps between the players [were] too big - I could have played there.

"The first half could have been 6-5 for whoever, but I hate games like this! We have a lot of quality in offence and we will score, no doubt about this, as long as we create chances everything is good.

"But the problem is that each offensive action of Roma was a chance, and most of them [big] chances, that makes absolutely no sense.

"Tired legs, wet heat, really difficult today, but that's not allowed. Now we fly home, but I will not forget this game until we meet next time, because of course we have to talk about this.

"I didn't like the body language around 1-0, it's okay you can play bad, but today it was obvious why we played bad; no organisation, no discipline."

The boss did concede that it was preferable to see the mistakes he witnessed against Luciano Spalletti's side in a pre-season friendly.

But he went on to joke that he will do his utmost to ensure there is no repeat performance for the next '500 years'.

"I would like to see that it never happens, but it's better today than in two weeks," he insisted.

"So we still have two weeks, we shouldn't forget, we worked really hard, I know all this. I understand that they were tired today, but when you are tired you need to be compact.

"When you are tired, it's not allowed that it's so easy for the opponent to play through. That's not okay but I understand, we did a lot in difficult circumstances and everybody knew after the game we fly home so maybe not everyone is 100 per cent concentrated.

"But we have to talk about this and hopefully it's the last game like this in 500 years!"

Subscribers in the UK and Republic of Ireland can watch both games live via LFCTV and LFCTV GO.

Subscribers in the rest of the world can watch Mainz live and Barcelona on demand on LFCTV GO.

Click here to find out more about subscribing to LFCTV and LFCTV GO.