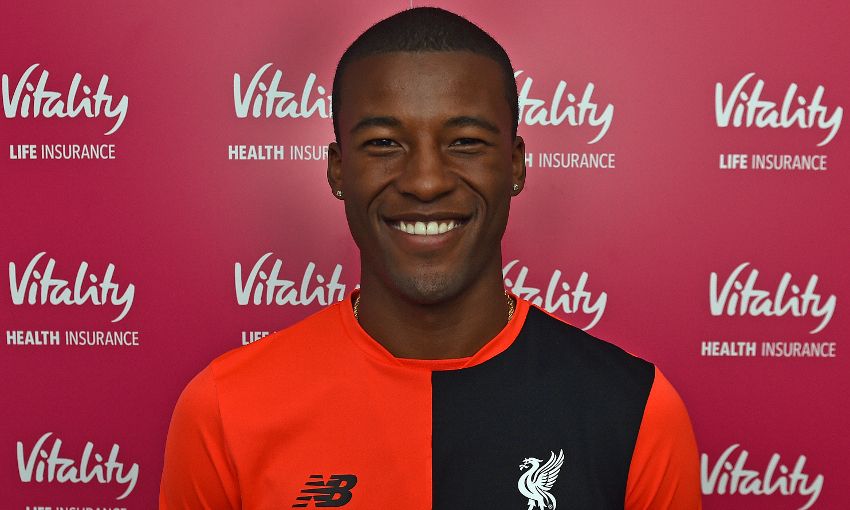 Jürgen Klopp is delighted to have Georginio Wijnaldum on board at Liverpool, with the boss declaring: “I think he can be a great player for us.”

The Reds completed the signing of Wijnaldum from Newcastle United on Friday, with the Netherlands international putting pen to paper on a long-term deal before flying out to meet up with his new teammates in the USA.

The 25-year-old is Liverpool’s seventh new arrival of the summer, and Klopp is excited about the prospect of working with the versatile midfielder - who he says has the appetite to improve further at Anfield.

"I am so happy that we have got him and he can join us now in the USA,” the manager told Liverpoolfc.com.

“I think he can be a great player for us. He has already shown some really good moments in his career but the most exciting and important thing for me and my staff is that there is still so much extra to come from him.

“When I talked to him I could tell that he knows we have to work together to get this level out of him to all be successful for the team.”

Wijnaldum impressed in his first season in England following his move from PSV Eindhoven to Newcastle last summer, scoring 11 goals in 38 Premier League appearances despite the Magpies’ relegation.

And Klopp expects the experience of his new No.5 to stand him in good stead at Liverpool.

The boss added: “He has played a lot for his country already, been captain at a young age in Holland and also been involved in a tough Premier League season so this experience gives him a good foundation for the challenge here - which everybody knows is huge!

“He can play a few positions for us and players that come through the Dutch system usually have a good tactical understanding and flexibility. That's really important.

“I can't wait to get him on the training pitch and for the fans to see him play in a Liverpool shirt."

Subscribers to LFCTV and LFCTV GO can watch Wijnaldum’s first interview as a Red now. Click here to sign up.

Watch Wijnaldum and his new teammates at Anfield in style this season with The Dugout, plus a range of hospitality offers. Click here for details.