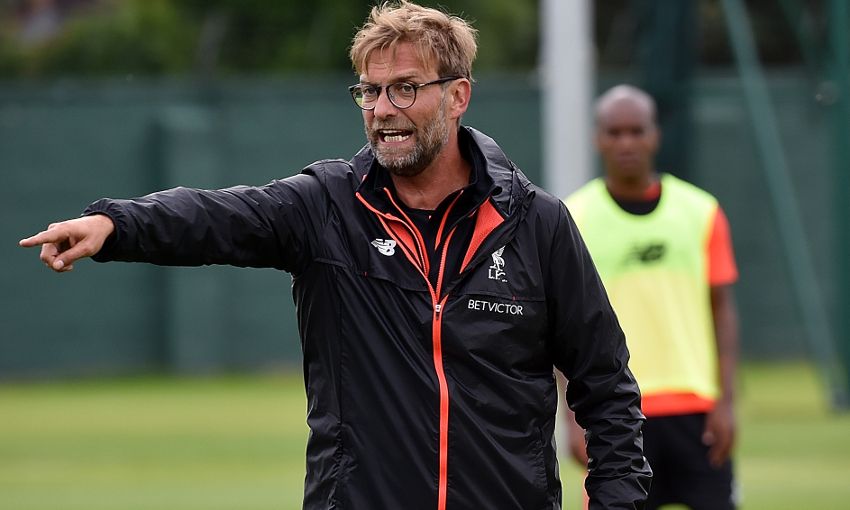 Jürgen Klopp's decision to sign a new contract has delighted former Liverpool manager Roy Evans, who believes the German is exactly the right man for the top job at Anfield.

Klopp put pen to paper on a renewed long-term deal last week after leading the Reds to the finals of both the Europa League and League Cup last season.

The news has been met with widespread joy among supporters, and Evans - who managed the club between 1994 and 1998 - shares their optimism for the future.

"I'm delighted and I'm sure all the fans are as well. It's great that he's put himself in a position where he wants to be there for a longer time," he told Liverpoolfc.com.

"I thought he handled last season brilliantly. So far I think he's done everything in the right way, he's got a good balance.

"Of course, like every Liverpool manager, somewhere down the line the fans will want trophies - but I think he's the man to deliver."

The commitment shown by Klopp proves that he feels at home on Merseyside following his arrival last October, explained Evans.

"He must believe in the club, he must feel like he's in the right place - I'm sure all our fans feel the same thing," the ex-Reds boss added.

"I think he's the right guy for us, the fans have bought into it - the players certainly have - and if he can get off to a really good start, and with no distractions with European football, he can concentrate on the league and our cup competitions.

"Hopefully he can come back with a trophy this year and then keep progressing from there."

Last season ended in a disappointing Europa League final defeat against Sevilla, but Evans thinks Klopp can aim high in 2016-17 and beyond.

When asked what represents a realistic target for the new campaign, he replied: "You've always got to think top four - we are Liverpool Football Club, after all.

"If he can get that monkey off his back by winning a trophy, then I think we can start going places and I think he's the man to take us there."

Watch every kick of pre-season and get behind-the-scenes access at Melwood by joining LFCTV or LFCTV GO now.