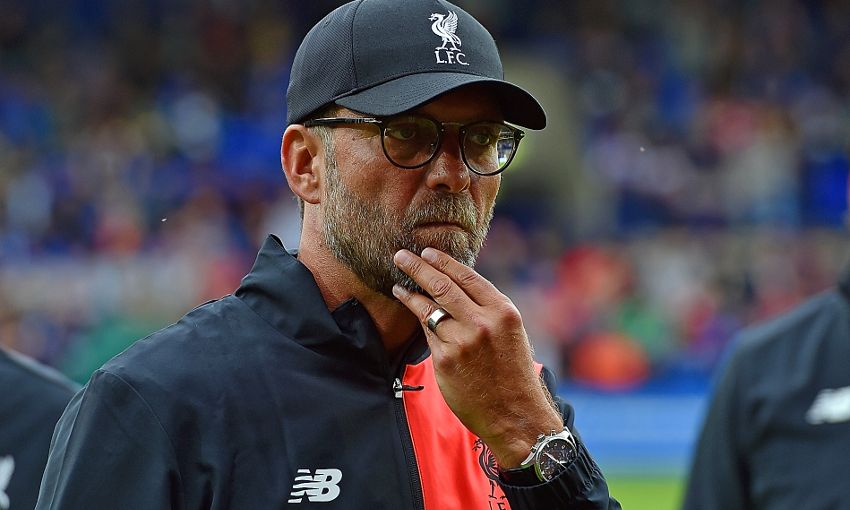 Jürgen Klopp welcomes problems and challenges during Liverpool's pre-season schedule – as they will ensure his players are ready for the Premier League kick-off next month.

The Reds began their run of nine preparation matches with a 1-0 win over Tranmere Rovers at Prenton Park on Friday night, Danny Ings powering in the decisive goal on 79 minutes.

Klopp’s side were made to work hard for the result, squandering several chances to take the lead after the hosts had struck the post through Connor Jennings in the first half.

But the manager insisted that kind of game is required at this stage of pre-season and provides early examples of what must be tweaked before facing Arsenal on August 14.

He told Liverpoolfc.com: “It’s always nice to see the very young lads in games like this and think ‘oh!’ because they make really big steps.

“That’s good to see. The young boys only enjoy it, they have no pressure, and it’s nice.

“But for all of the other players, they have to show a little bit to me and the crowd, and the opponent is hard and well organised.

“So we want to have the problems in the pre-season and be well prepared in the Premier League.”

Salzburg 2-2 Liverpool: How it unfolded