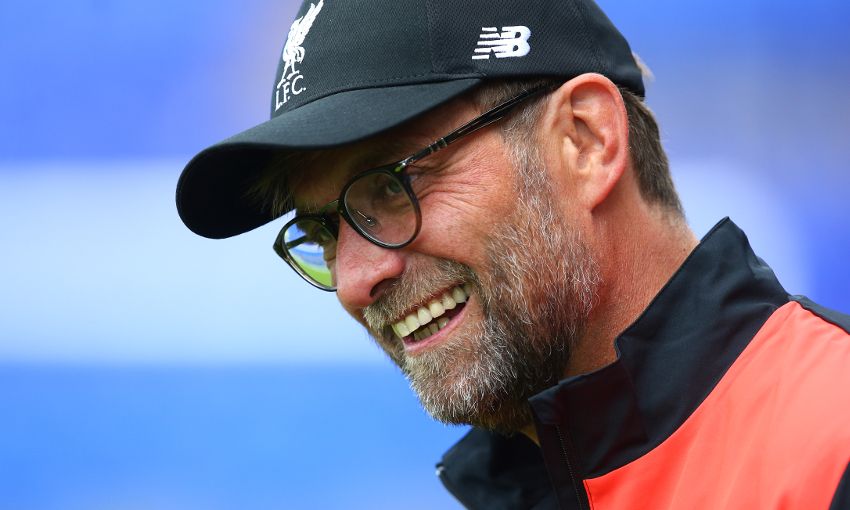 The club confirmed on Friday that the manager had put pen to paper on a renewed long-term deal, with the German thrilled to be offered the chance to extend his stay at what he described as a 'very special place'.

Later in the day, Danny Ings' second-half winner meant the boss celebrated the news with a 1-0 victory over Tranmere Rovers in the Reds' first pre-season friendly.

And Lucas, who captained the side at Prenton Park before being substituted as one of 11 half-time changes, shares Klopp's enthusiasm about the future at Anfield.

"It's great news for the club and for the fans as well because the relationship with him started really well and we hope that he will have a lot of success at the club," the Brazilian told Liverpoolfc.com.

Lucas went on to say that the club's decision to offer the German fresh terms is testament to his achievements since his arrival last October, and also proves that everyone at Liverpool fully supports his vision.

The 29-year-old continued: "He came eight, nine months ago. We got to two finals last year and of course this is the first full season we will have under him.

"About the new contract - it's always good, because it shows that the club believe in what he is doing and the decisions he is making.

"He's trying to change [things] step by step without affecting the team so much."

Lucas and his teammates continue their pre-season preparations with a friendly at Fleetwood Town on Wednesday. Click here for details on how to watch every kick this summer on LFCTV and LFCTV GO.