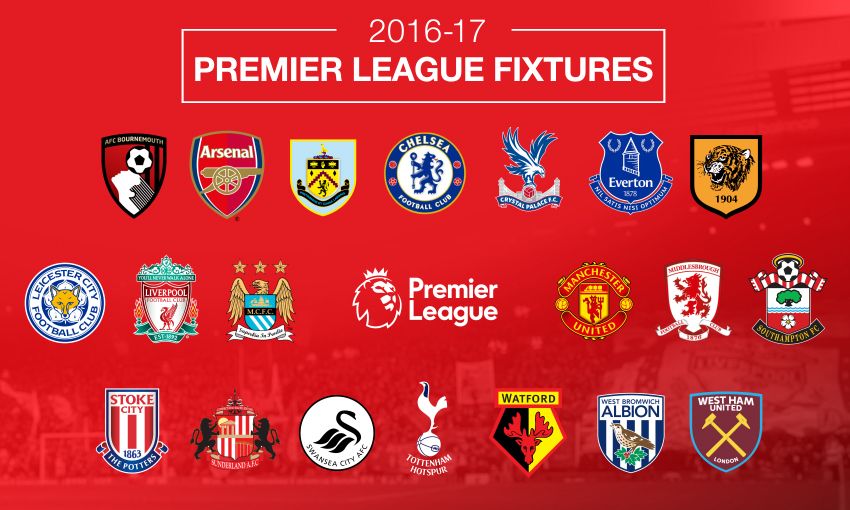 Liverpool's season will now start at Arsenal on Sunday August 14 after the first round of fixture changes for 2016-17 were confirmed by the Premier League.

The Reds’ trip to Emirates Stadium has been rescheduled for a 4pm kick-off on the opening weekend and will be broadcast by Sky Sports.

Sky will also televise the away clash with Tottenham Hotspur, which is set for 12.30pm on Saturday August 27.

Their game against Chelsea at Stamford Bridge, meanwhile, will take place on Friday September 16 and begin at 8pm. Sky will broadcast the contest.

Advance changes have also been made for the trips to Middlesbrough (7.45pm on Wednesday December 14) and West Bromwich Albion (3pm on Sunday April 16). These two fixtures could still be selected for broadcasting at a later date.

And the club has confirmed that the fixtures with Burnley have been reversed.

The first meeting, which was originally scheduled for Anfield, will now be held at Turf Moor at 3pm on Saturday August 20.

Their return match is therefore set to be played at Anfield at 4pm on Sunday March 12, subject to FA Cup participation and broadcast selection.

The expansion of the Main Stand will be ready and open to fans for the start of the Premier League season, but the additional days prior to the first home game provided by this switch is a prudent approach to a project of this scale.