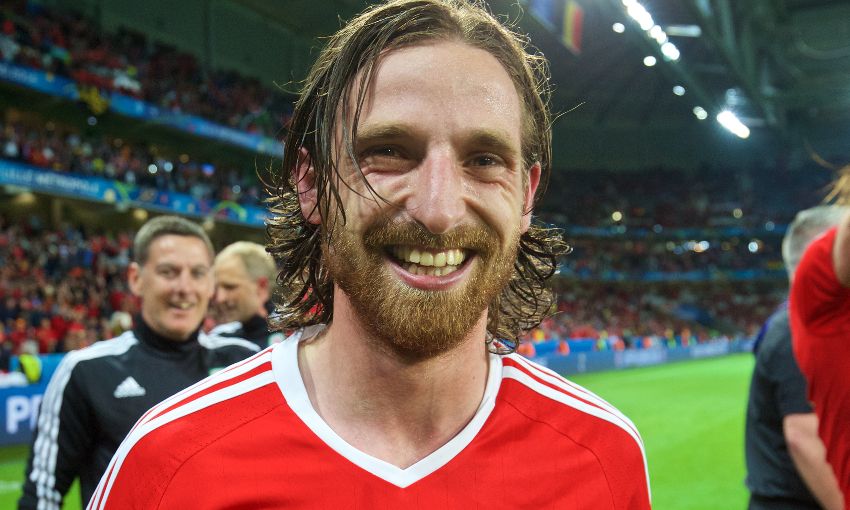 As Euro 2016 enters its final week, three Liverpool players remain in contention to return from the tournament with a winner's medal.

Joe Allen and Danny Ward are part of the Wales squad that has been the unexpected success of the competition in France, where they saw off highly-fancied Belgium with a stunning 3-1 victory in Lille on Friday night.

Germany required a penalty shootout to overcome Italy 24 hours later, with Emre Can watching on from the bench as he awaits his first opportunity for the reigning world champions.

The semi-finals will also feature Portugal, who eliminated Poland via spot-kicks to become the first side to reach the last four, and the hosts after a 5-2 triumph against Iceland on Sunday evening.

Allen has started each of Wales’ five matches so far, impressing in midfield throughout, and will be expected to take greater responsibility in the absence of the suspended Aaron Ramsey next time out.

Portugal stand between Chris Coleman’s side and a sensational appearance in the final, with the two sides set to meet in Lyon on Wednesday night.

Surprisingly, Cristiano Ronaldo and co have yet to win a game in normal time at Euro 2016, having drawn all three group fixtures and knocked out Croatia in extra-time in the last 16 before progressing past Poland on penalties last week.

Meanwhile, Reds midfielder Can will hope to be involved as Germany face the challenge of France and their passionate home support at the Stade Velodrome in Marseille on Thursday.

The champions will then be decided in the final at the Stade de France on Sunday.