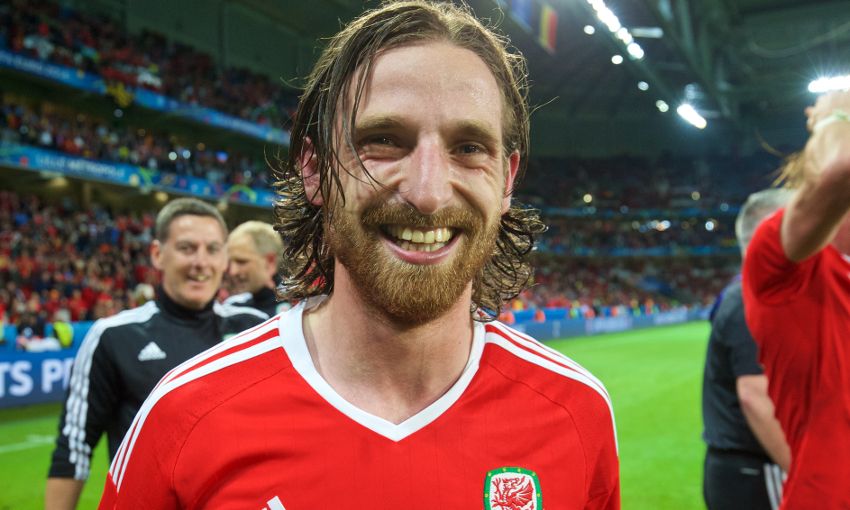 Joe Allen couldn’t hide his emotions after playing his part in guiding Wales to the semi-finals of Euro 2016 after a 3-1 win over Belgium on Friday night.

Liverpool’s No.24 was an influential figure as Chris Coleman’s side battled back from a goal down to set up a last four meeting with Cristiano Ronaldo’s Portugal on Wednesday July 6 in Lyon.

Reds stopper Danny Ward was an unused substitute for the Welsh while Anfield trio Divock Origi, Simon Mignolet and Christian Benteke remained on the bench for Belgium.

It is the first time Wales have ever reached the semi-final of a major tournament and Allen was keen to explain just what it means to everyone involved with his nation.

"I never thought we'd be in this position of [reaching] a semi-final," said Allen.

"What an achievement for everyone in the country and everyone involved.

"This is a moment that means so much to everyone."

Allen recovered well after a misplaced pass led to Radja Nainggolan firing Belgium into the lead with a spectacular strike.

However, Ashley Williams equalised with a header from a corner and Hal Robson-Kanu then fired one of the goals of the tournament with a magnificent turn and shot.

Victory was then secured when substitute Sam Vokes brilliantly headed home to make it 3-1.

Allen added: "I gave a bad pass away and against a team like Belgium, you don't want to give them a head start in the game.

"But truth be told, we knew we were going to score tonight and once that first goal went in everyone was confident we could go on and win the game.

"It took absolutely everything but this is what this team is about, we never, ever give up and it's going to take something special to stop us."

Wilson and Woodburn called up by Wales