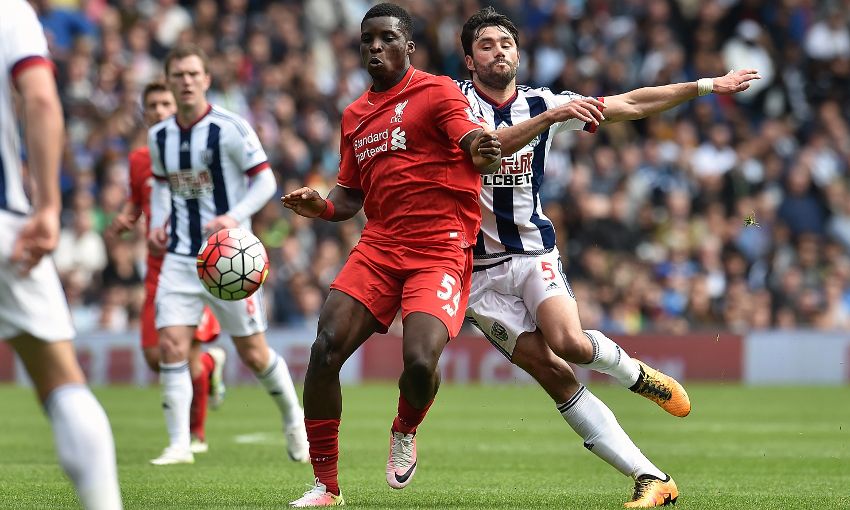 Danny Ings and Jordan Henderson made their returns from injury as Liverpool concluded the 2015-16 Barclays Premier League season with a 1-1 draw at West Bromwich Albion on Sunday.

The duo were introduced just after the hour mark at the Hawthorns, with Henderson not figuring since early April and Ings returning having been sidelined since October.

The Baggies took an early lead in the contest via Salomon Rondon’s near-post effort, but the Reds quickly restored parity thanks to a wonderful run-and-finish from deep from Jordon Ibe.

Jürgen Klopp elected to make 11 changes for the final-day clash at the Hawthorns. In midfield, Cameron Brannagan was handed a first-ever league start, while Adam Bogdan was deployed between the sticks.

On the bench, Henderson and Ings were named among the substitutes following injury and there was also a place on the bench for 19-year-old Sergi Canos after returning from his loan stint at Brentford.

With European qualification still a possibility going into the contest, Liverpool began the game in probing fashion – but found themselves trailing with the game’s first shot on goal on 13 minutes.

Jonathan Leko did well to evade three men in red before sliding the ball to Rondon inside the area. Brad Smith looked to have done enough to push the striker wide, but his low effort towards the near post found the bottom corner.

However, the Reds’ response was encouraging and after Christian Benteke’s turn-and-shot had skimmed the side netting, Brannagan set off on a fleet-footed run into the area that resulted in a low shot being saved by Ben Foster.

Nevertheless, an equaliser did duly arrive 10 minutes after they had fallen behind when Ibe claimed his first-ever league goal with a fine solo effort.

Collecting the ball inside his own half, the winger sped down the right and into the area, before beating Foster with a low, left-foot strike.

The visitors looked the more threatening in the remainder of the half, but were unable to turn their dominance of possession into further goals.

West Brom went agonisingly close to re-taking the lead in the opening minutes of the second period when Rondon met a free-kick from the right with a glancing header across goal. The effort looked to have beaten Bogdan, but the ball rebounded against the post and the Baggies’ No.33 lashed the follow-up over the bar.

On 64 minutes, Klopp elected to introduced Ings and Henderson back into action, with the pair replacing Ibe and Joe Allen.

Rondon was then left clutching his head in his hands once again shortly after when a corner found its way to the Venezuelan frontman, but his stabbed effort was deflected wide of goal from close range.

With time ticking away, Canos was handed a senior debut as he came off the bench for Sheyi Ojo, but there were to be no further goals as the contest ended with the points shared and Liverpool thoughts turned to Basel on Wednesday.