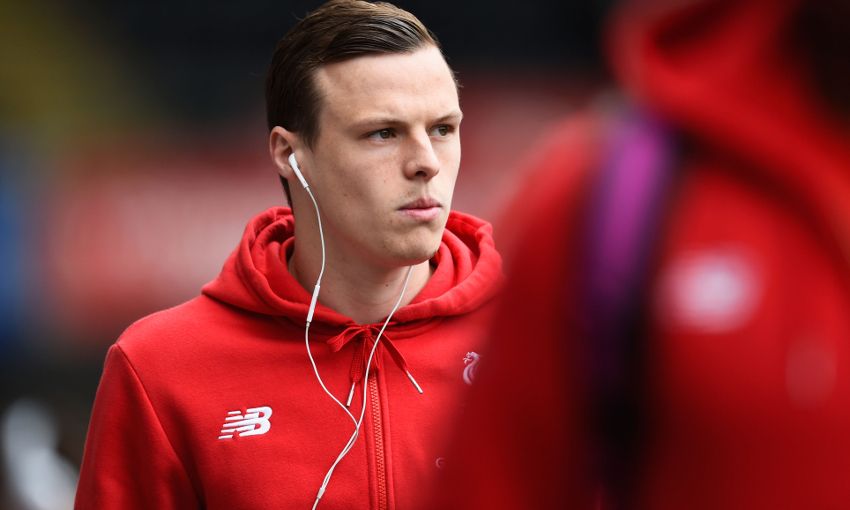 The 2015-16 season could hardly have gone any better for Liverpool left-back Brad Smith.

At the start of the campaign the Australia international found himself out of the first-team picture, but his Anfield career has blossomed since the arrival of Jürgen Klopp.

Smith has made nine appearances and been a regular member of the squad, culminating in the honour of being named Academy Player of the Season at the club's Players' Awards this week.

Today he is in contention for a starting role against West Bromwich Albion as the league campaign concludes - and is hoping to get another chance to impress the manager.

“It's been a great season for me and a few of the other young boys, to be honest,” Smith told Liverpoolfc.com.

“I've had a few games, a few starts; the first ones were in the FA Cup but now I'm starting to get a few Premier League games, which is good for me. I'm just trying to get as much game time as I can and the season's been great for me.

“Every day training with the first team, being here full-time, it's helping my game a lot.

“Being with them, getting to know all the first-teamers, that helps a lot I'd say because you don't feel nervous going into training.

“I've just been improving my general play and the manager and the coaching staff help you a lot through every session.”

With the Europa League final to come against Sevilla on Wednesday night, Klopp is expected to field a much-changed starting XI at the Hawthorns.

Whoever starts the game, Smith insists every player has to give it everything they have got to end the league season on a high.

There are also places on the bench in Basel up for grabs and the wide-man is determined to be one of those seven.

He added: “Going into the Europa League final, it's a big game. [We need to] just keep the momentum going with a good result.

“I think every player has got to be ready if the manager calls upon them and and with the final next week, there's every chance that a few of the young boys will get a game.

“You've always got to be ready to go in there and do the job no matter if it's every other week or whenever your chance is. You've got to make sure you're ready and keep the momentum flowing within the squad.

“Everyone in the squad is training at a really high level at the moment because the squad is getting rotated.

“A few other people are getting games, which is good, so everyone's training really well and trying to get involved for the final.”

This season has also been a major learning curve for Smith, who was recently sent off at Swansea City after picking up two bookings.

Though it was tough to take, he revealed a message from vice-captain James Milner made him feel much better again.

“I was devastated obviously, but I spoke to a lot of the senior boys after and they just said 'it happens', it wasn't a violent thing or anything,” he said.

“You learn from it and it's going to happen some time in your career so it's better to get it out of the way at the start.

“Straight after the game, before I'd even got out of the dressing room, Milner text me and said 'Don't worry about it, keep your head up, it happened to me at Crystal Palace'. He was the first one to help me get through it and it's nice to have the senior players help the young boys in situations like that.”

The Australian was also quick to express his gratitude for the help and support he has received from Klopp.

As for hopes and ambitions next season, Smith is not thinking too far ahead and prefers instead to concentrate on the moment and continual improvement.

“We'll see what happens next season, hopefully I'll stay here but if the club want me to go out on loan to get game time, then I might be able to do that,” he said.

“We'll see how it goes toward the end of the season and come back, have a good pre-season, then just go from there.

“I just want to come back from pre-season nice and fit, ready to go, and injury-free. Players get a lot of opportunities so if there are more next year then I'll try to show what I can do.”