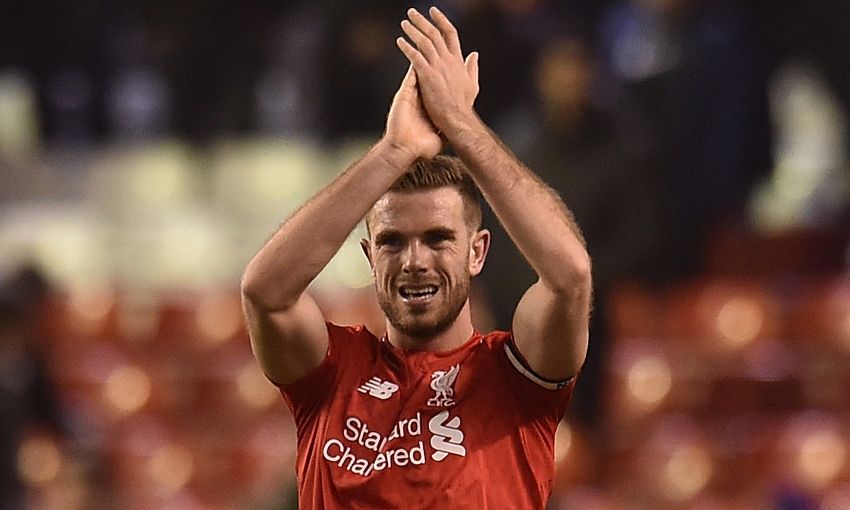 Jürgen Klopp insists Liverpool will take no risks with the fitness of Jordan Henderson, Divock Origi or Danny Ings before the end of the season as he confirmed he expects to make changes to his line-up for the visit of Watford to Anfield on Sunday.

Henderson and Origi are currently undergoing rehabilitation programmes on knocks picked up last month, while Ings has returned to training following the cruciate knee ligament injury he sustained back in October.

All three are making good progress, but the Reds will err on the side of caution and ease them back into the fold.

With a Europa League final against Sevilla now on the horizon on May 18, journalists asked Klopp whether Henderson or Origi could appear again before the conclusion of the campaign.

He replied: “I don’t know exactly in this moment. [Henderson] was really celebrating yesterday after the game! I saw in his eyes he thinks he has a chance, so that’s the first and most important step in the right direction.

“The same with Divock Origi, but we will see, I have no idea. Before you are able to play in the final on the Wednesday after the season, the latest moment after a long break when you should be available is the Sunday before - then there’s a chance, but there is no situation for taking the risk.

“Hendo is in a really good way, so it is really good for England because there is no doubt at this moment about being fit for the European Championships.”

On Ings’ chances of a run out in the remaining four matches of 2015-16, Klopp continued: “I don’t know, but I am pretty sure Danny wants it!

“He was in training and in Germany we have a word that means ‘early shape’ – he came back into training after a long, long break at the highest level. He is a good striker; I knew this before but now I have seen it. In this moment, it makes no sense [to risk] – we have all these fit players.

“If there is an opportunity this season we will do it, but if not then he has a long pre-season, which is brilliant for him and for us. Then he will be available next season.”

After watching his side produce an outstanding, high-intensity performance against Villarreal on Thursday night to secure their Basel berth, Klopp admits he is likely to bring in fresh legs when Liverpool return to action against Watford on Sunday.

“As you can imagine, up to now I have only had a few seconds to think about the line-up for Sunday,” he explained. “That’s what we have to do from now on.

“Again, and for sure, we will need the help of the crowd because I don’t know how many more games we’ve had than Watford.

“We will have a few changes for sure and we will try do everything to win this game. We respect this league, we want to have the best position we can get at the end of the season.

“I have made no decision until now so let me see, let me talk to everybody and then we will see. We don’t have to rest players on Sunday for the [final] 10 days later. It’s about how the game was yesterday, it was quite intense how everybody could see, so we need to think about this and not Wednesday week.”

Meanwhile, Klopp spoke of his delight at the current condition of Daniel Sturridge, who notched his 12th goal of the season with a typically clinical effort against Villarreal.

“Altogether with Daniel involved, we did everything we could to make him as fit as possible,” said the boss.

“Now he is at the highest level and it’s really perfect news for England and the European Championships. We tried to do our best with and around him, and he does the same in the sessions and on the pitch. There is nothing negative or resting or whatever to think about.”