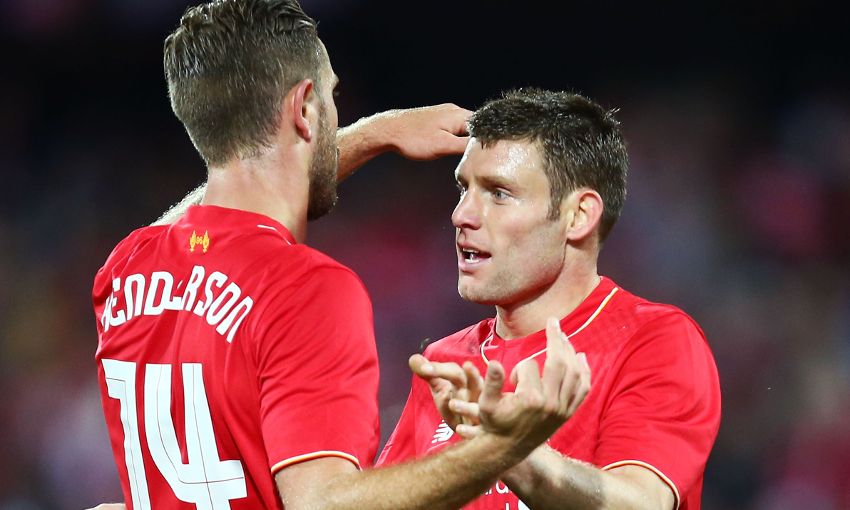 Having taken responsibility of the captain's armband in Jordan Henderson's absence, James Milner would like nothing better than to see the skipper return to lead the side out in the Europa League final.

The vice-captain helped the Reds secure their spot at St. Jakob-Park after demolishing Villarreal 3-0 at Anfield on Thursday night in the second leg of the last-four tie.

Henderson has been out of action since coming off at half-time in the quarter-final first leg away at Borussia Dortmund.

And Milner insists that if his fellow England international is not ready to go against Sevilla on May 18 then he will more than gladly take up the role once again.

"It's just great to be through,” Milner said.

“Hopefully Hendo will have a chance of being fit for the final. If he is then he will captain the team in the final. We'd love him to be back for it.

“If he's not, it's always a great honour for me to captain this football club.”

Liverpool have played 14 games in the Europa League this season, having begun their way towards the tournament's conclusion back in September.

Milner wants to make sure that the team’s lengthy journey to Switzerland is worth it in the end.

“You play a lot of games in the Europa. I think back to the frozen pitches in the group stages.

“We've beaten a lot of good teams along the way and to win it we're going to have to beat another top team.

“We have given ourselves another opportunity to win a trophy. It will be our second final of the season and hopefully we can finish the season with a piece of silverware.

“A season of transition is difficult. To get to two finals would be okay but it would be nice to win silverware.

“This is a club used to winning trophies, it expects success and that's why we're all here.

“Major finals is where this club is used to being and hopefully we can deliver more success.”