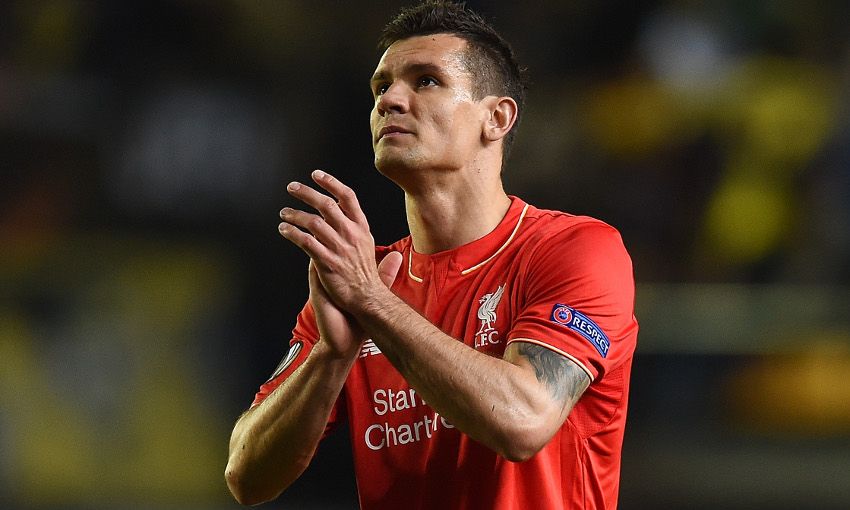 Dejan Lovren believes patience will be key to Liverpool's hopes of overcoming Villarreal in this evening's decisive Europa League semi-final meeting between the sides.

The Reds begin their second-leg clash with the Spaniards in arrears after suffering a 1-0 defeat at El Madrigal a week ago.

But Lovren is adamant that a rushed approached to closing that deficit would not benefit his teammates, no matter how keen they are to get back on terms.

And the defender certainly doesn't want to see a repeat of a chastening open ten minutes against Borussia Dortmund in the quarter-finals, which saw the Germans score twice in quick succession to make an unforgettable comeback a necessity for Liverpool.

Lovren told Liverpoolfc.com: "I would say [it will be] a different game than against Borussia Dortmund.

"They are a really good counter-attacking team, they defend really [well] and we need just to be patient. We will have the 90 minutes, not just 20 minutes to score.

"Of course it will be great if we can score as soon as possible but we need to play our own game, we'll definitely have lots of chances - and the good thing is we're playing at Anfield."

The turnaround against BVB was in part inspired by a raucous atmosphere at Anfield, and Lovren has no doubt that the home support could be a factor yet again.

"It's a massive thing for us," he added.

"It's not the same when we play away at other cities. When you play at Anfield, every team knows it's a different thing - [the fans] are our 12th player.

"It'll be a great atmosphere again. I think they know when they come to Anfield it's a different, different game when we play here. They can expect a hard game."

In fact, the 26-year-old isn't even contemplating the possibility of not reaching the final in Basel, given how much the Reds have put into the competition so far.

"I think for everyone: for me, for the fans, for the club, the players, it will be a great achievement," he enthused. "It will save the season.

"We worked so hard during the season and in the Europa League, so it will be a big disappointment if we don't reach the final.

"But I don't want to think about that, I'm thinking positive and I'm seeing us in the final."