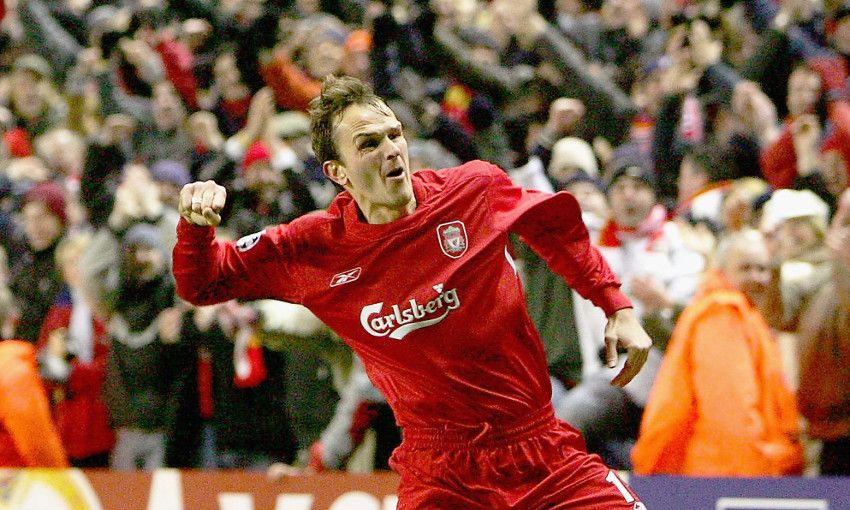 How the Voice of Anfield is gearing up for tonight

Having experienced many special nights at Anfield on the European stage himself over the years, Dietmar Hamann is confident Liverpool's ever-reliable 12th man can be the difference once again in Thursday’s encounter with Villarreal.

The Reds need to overturn a one-goal deficit in the second leg of their Europa League semi-final tie with the La Liga outfit but have hopes of stirring up another comeback in the famous cauldron following an incredible against-all-odds win over Borussia Dortmund in the previous round.

The former Liverpool midfielder says Anfield is unique on these type of nights - and feels it could take the Spanish visitors by surprise.

Hamann told Liverpoolfc.com "The crowd will be behind the team and I don't think Villarreal will have faced a crowd like this because it has been a long time since they've been in the Champions League and in the latter stages of a European competition - nerves may set in.

"But I think the psychological factor is probably bigger. When you talk about home advantage, the pitch is no different from over there but the fans can make a big difference because we've seen that against Dortmund.

"I don't think we would have turned the tie around without the fans.

"When Villarreal walk down the tunnel, I think there might be one or two players who think 'I'm not sure whether I fancy this' - this is what you have to exploit and take advantage of and the fans play a big part in that as always."

Hamann was part of the Liverpool sides that achieved European glory in 2001 and 2005 by winning the UEFA Cup - now the Europa League - and the Champions League respectively.

In his first season managing the club, Jürgen Klopp has the chance to end the campaign with silverware to highlight the progress made under his tutelage.

Reflecting on his experiences of the victory over Alaves in 2001, Hamann reckons lifting the Europa League could be the start of something good.

He added: "It's very hard to put into words how much it will mean. First of all, it's a European trophy - which we won 15 years ago.

"I think that made a big difference to our progress because, as a team and individual, you need to play in these big games and it makes you grow as a player and a team.

“If we were to win that trophy and put another European cup on the pennant then it would be massive."