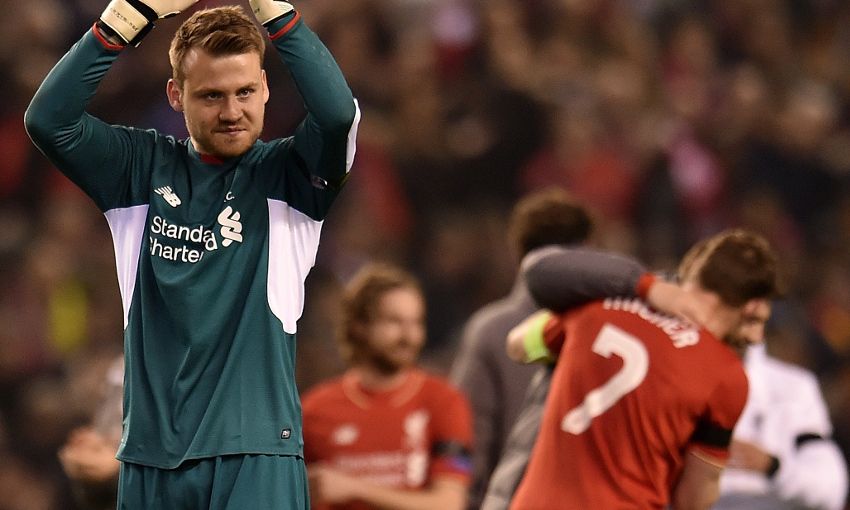 How the Voice of Anfield is gearing up for tonight

Simon Mignolet is confident Anfield can help inspire another rousing Liverpool comeback on Thursday when Villarreal visit for the second leg of the sides' Europa League semi-final tie.

But a raucous atmosphere at the Reds' home ground awaits the teams, and the potential for another famous European night there fills Mignolet with hope of a turnaround.

"We know when the fans are behind us, it's so much easier," he told Liverpoolfc.com.

"At home there's always something possible, a European night at Anfield. We showed it against Manchester United and Dortmund this year, and over the years there have been so many great fixtures in Europe at Anfield.

"We're obviously confident that it's still possible but we have to stay calm and as players focus on our jobs, to play at our best to try and get through.

"That's what everyone wants in the dressing room - everybody in Liverpool - to go to the final."

The power of Anfield was witnessed as Liverpool vanquished Borussia Dortmund in the quarter-final stage of this season's Europa League.

Jürgen Klopp's team twice found themselves in the position of needing to score three goals to go through, but sealed an improbable comeback through a Dejan Lovren header that sparked unforgettable celebrations.

Reflecting on the help from the Kop, Mignolet added: "The atmosphere in the stadium against Dortmund was amazing and afterwards we had that game against Everton as well.

"The fans are there to push us on and forward, and that's very nice to play in.

"You want to play these big games and feel the pressure and the atmosphere in the ground, that's why you became a football player when you were a kid."

When asked if the influence of the crowd could be seen in Dortmund's performance, the goalkeeper also joked: "Not the first ten minutes because they scored two early goals!

"But then afterwards the moment we scored and the fans got behind us I think they probably felt the pressure a bit and they collapsed after that.

"If there's one stadium where something big can happen it's Anfield."