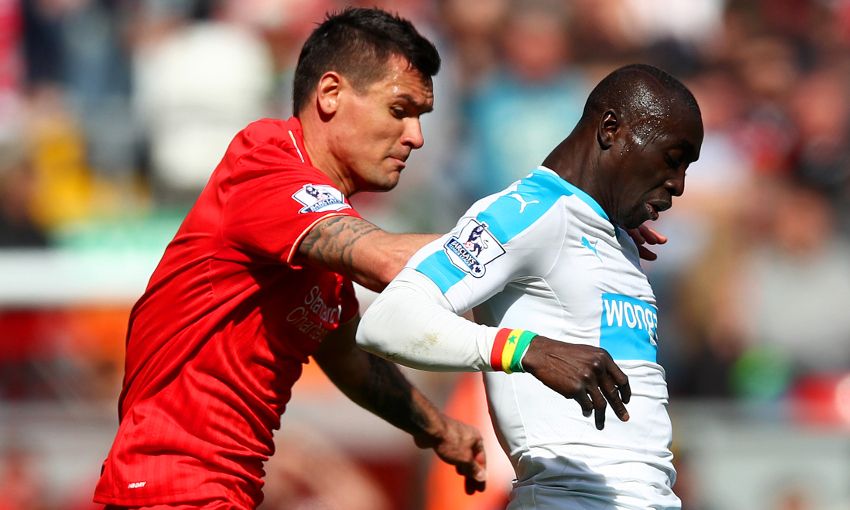 Dejan Lovren wants Liverpool to start disregarding their half-time leads to ensure there is no repeat of the let-up in intensity that cost them two points against Newcastle United on Saturday.

Rafael Benitez's men hit two second-half goals to bounce back from 2-0 down at Anfield and clinch a point that could prove crucial to their hopes of staying in the Barclays Premier League.

But Lovren believes a poor start to the final 45 minutes, which was punished by Papiss Cisse's goal, gave the visitors the sort of belief that recently inspired the Reds to an unlikely Europa League win over Borussia Dortmund.

He told Liverpoolfc.com: "At half-time we need to think like it's 0-0. We started really [poorly] in the second half, so I think they deserved their point.

"It's like us against Dortmund, it's the same thing, everything is in your head. If you want to, you can score another two goals.

"We had chances after that but we didn't score."

The defender also lamented a lack of concentration from the hosts, adding: "We are not satisfied. We had a good result at half-time, 2-0, and we didn't concentrate for the [first] goal.

"We knew it would be tough because they're fighting for their lives and at the end they had two shots at goal and two goals.

"We're disappointed because we started very well, first half we played well and showed our qualities again, and I think we need to learn from this."

Lovren insists, however, that the Reds cannot afford to dwell on Saturday's disappointment for too long, with a Europa League semi-final meeting with Villarreal fast approaching.

But he expects the return of a number of rested players to help Jürgen Klopp's team quickly forget about the Newcastle result.

He said: "We will have a couple of lads who have been injured, they will come back, and also who didn't play today.

"I think we will be in good shape, so we need to just move on and forget about today's performance."