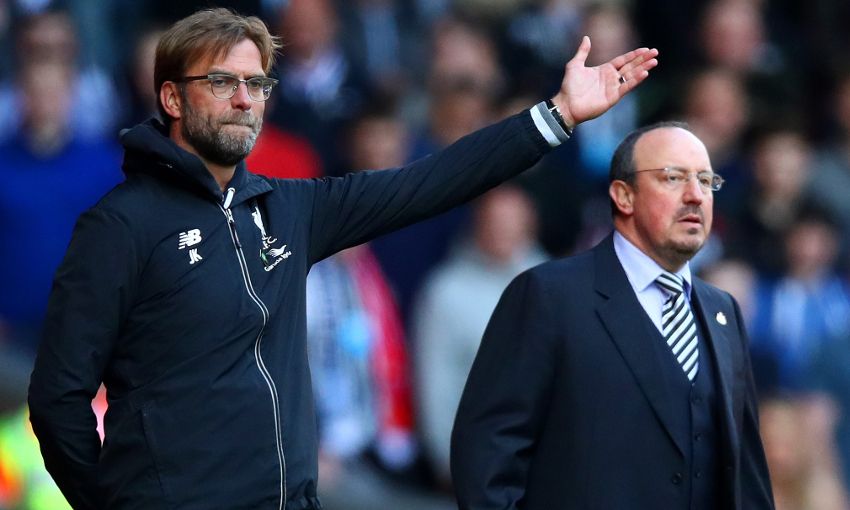 Jürgen Klopp acknowledged Liverpool's disappointment at relinquishing a two-goal lead against Newcastle United at Anfield on Saturday, but felt his side perhaps deserved more from the contest.

The Reds made a dream start on Rafael Benitez’s second return to Merseyside as an opposing manager when Daniel Sturridge netted with a neat turn and shot inside the opening minute.

Their grip on proceedings was strengthened courtesy of a sublime Adam Lallana strike on the half-hour; however, they succumbed to a second-half fightback from the visitors.

Papiss Cisse reduced the arrears with a header before Jack Colback’s deflected effort drew Newcastle level to earn them a share of the points.

Klopp told his post-match press conference: “We did really, really well in the first half against a highly-motivated side in their situation. Now they are happy with a point but before the game they maybe thought they could win against Liverpool at Anfield.

“We really did well in a lot of parts of the game. We cannot think about the reason [why we didn't win] too much, to be honest. We have to carry on and work.

"Today, especially the first half was really good. In the second half after the draw, usually the game can change but it didn’t. We were still dominant and we played football. In an intensive game, after an intensive game, against a rested opponent, we did really well.

“But you then need a little bit of luck in decisive moments; it’s an inch on the boot and the ball goes there. We had this penalty situation [with Sturridge] – I think it was a clear penalty.

“2-2 feels not too good but we have to accept it and we can accept it.”

Sturridge’s goal was his 11th of the season so far – and his fourth in his last five appearances.

Klopp admitted he’s delighted with the form of the striker, describing his physical condition as the best it’s been since he arrived at the club.

The boss said: “He is in the best shape for a few months – I don’t know for how long, but 90 minutes is no real problem and that’s good. You cannot see a difference between the first 60 and the last 30.

“For us, it’s very, very important. It was a wonderful goal very early in the game. It was not a real chance to be honest, but he made the best of it. It was good.”

Liverpool 2-0 Newcastle - how it happened at Anfield