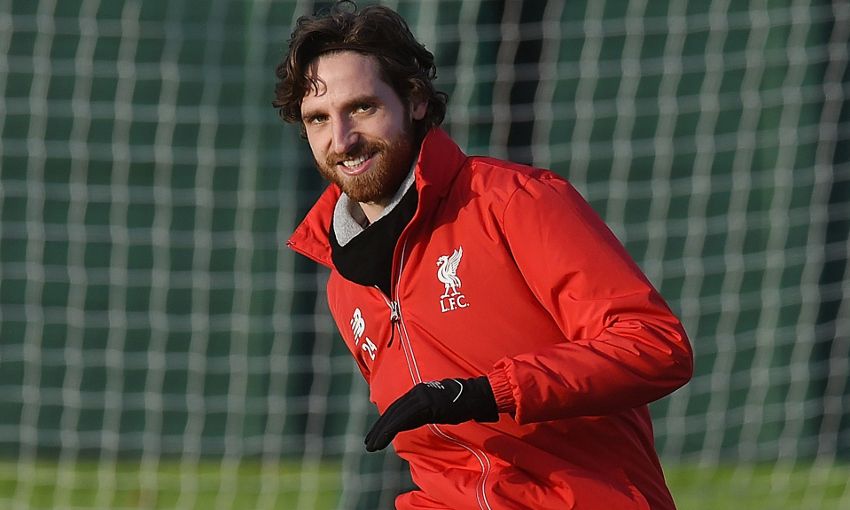 Joe Allen has endured something of a stop-start season with Liverpool due to a number of brief but frustrating injury lay-offs, but the midfielder is out to use that to his advantage as the campaign hurtles toward an exciting climax.

The Welshman missed the start of 2015-16 due to a hamstring problem picked up during a friendly meeting with Swindon Town, and was sidelined by a similar injury in February that meant he missed out on the Capital One Cup final, along with several other crucial fixtures.

Thankfully, Allen is back to full fitness when the Reds most need him, with Emre Can and Jordan Henderson both out due to ankle and knee issues respectively, and yet more big games on the horizon.

And, ahead of that run beginning in earnest, he explained to Liverpoolfc.com that his enforced absences this term may even work in his favour during the run-in.

Allen said: "It’s been arduous in many ways this season, there have been a lot of games, a quick turnover between games.

"But I’m probably fresher than most which can help at this stage of the season.

"I’m ready to give everything when called upon and, even though there’s not that long in terms of weeks left in the season, we’ve obviously got a lot of games to look forward to."

Next up for the Reds is the visit to Anfield of a Newcastle United side who are fighting for their status as a Barclays Premier League club.

But, while the Magpies' hopes of survival have been boosted by the collection of four points from their last two games, Allen is eyeing the extension of Liverpool's recent good home run on Saturday.

"The intensity and tempo of the game is maybe slightly higher with so much riding on it for them," he continued.

"They’ve had two pretty good results in the last two games so they’ll come with a little bit of confidence off the back of that I’m sure.

"But we want to make it difficult for them to come to Anfield and the way we’ve done in the last few home games we’re confident that we can get that win."

The Wales midfielder knows that any let-up in concentration from the home side could be punished by a Newcastle team who are a 'dangerous' prospect.

"I think you have to have that self-belief that, if we’re at our very best and everyone’s fully focused and gives 100 per cent, then our quality will shine through," he added.

"I don’t think there’s any room for any sort of complacency or taking our eye off the ball for a split second because they’re a team – if you look at the players they do have and the size of the club - that probably are underachieving a little bit.

"It’s dangerous to come up against those teams because on their day they’re capable of a lot."