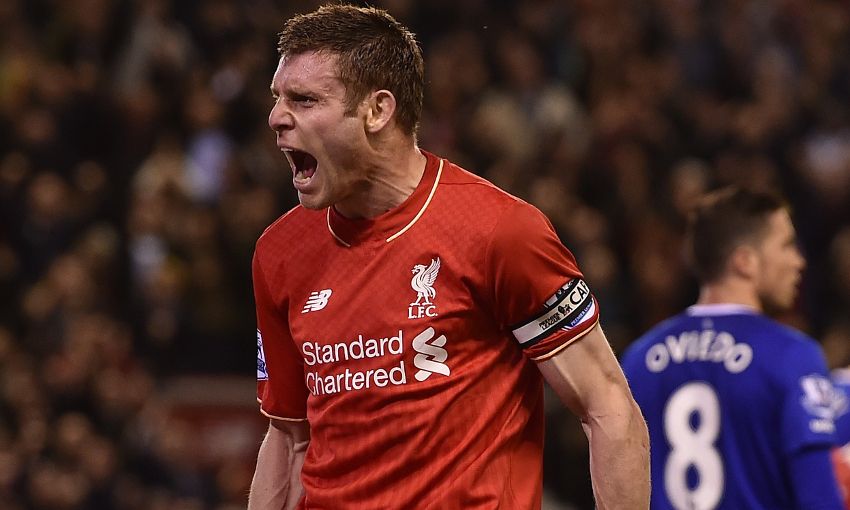 James Milner felt Liverpool's comprehensive victory against Everton was evidence that the team is becoming ever more attuned to Jürgen Klopp's style.

The Reds were ruthless in defeating their neighbours 4-0 at Anfield on Wednesday night, with goals from Divock Origi, Mamadou Sakho, Daniel Sturridge and Philippe Coutinho.

“Every derby is always a big game for everyone, the whole club and the fans,” Milner told Sky Sports.

“Until we play them again it gives the fans the bragging rights when they go to work and see their friends. It was a big victory and we want to keep this momentum going that we’ve managed to gain over the last few weeks.

“We knew we could play better in the first half but we kept looking for it, created chances and kept pushing forward. We went in at half-time up but we knew we had another gear.

| Watch the best of James Milner against Everton on LFCTV GO |

The No.7 added: “We seem to be in the rhythm at the moment.

“You need a full squad and we have got a quality squad of players, a young squad as well but when the younger guys have come in they have done brilliantly as well. There’s a lot of competition for places and that’s what you need.

“The manager’s style is a bit more second nature than it was a few months ago, we know how he wants to play and everyone is on the same page. I think you can see that in the performances.”

Milner has been a regular creator of goals for Klopp’s team in recent months and provided the inviting crosses that teed up Origi and then Sakho to put Liverpool in control of the game.

“It has always been a quiet strength,” the Englishman said.

“I like to get forward and try to create as many chances as I can, and goals. That’s something I work on. You just want to contribute, whether it’s goals or assists. It’s nice to keep contributing.

“We just want to keep this run going and finish the season strongly. It’s another good performance and good bit of momentum to take into the next few games.”