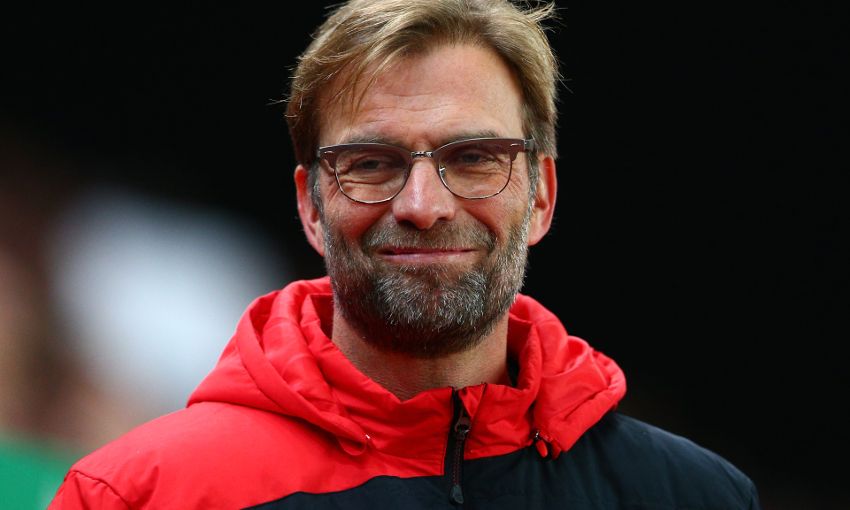 Wednesday may be Jürgen Klopp's first Merseyside derby but the Liverpool manager feels more than ready for the Anfield clash with Everton.

Six months on from being appointed, the German is finally preparing his team for a maiden Barclays Premier League contest against the side from across Stanley Park.

After half a year in the city, Klopp has had enough time to understand the rivalry between the neighbours and the importance of a match-up that has its 226th edition tomorrow night.

The local dialect remains more of a challenge, but the boss can draw on a rich history of derbies from his spell with Borussia Dortmund to know what is needed here.

He said: “Hopefully we’ll play better than my understanding of Scouse! It is still pretty difficult for me, especially if somebody speaks as quickly as possible – then I’m completely out!

“But I know about derbies. It’s my first derby against a team in the same city, so of course that’s different. Dortmund-Schalke is only 25km, it’s pretty close and the fans live in both cities.

“That’s a real derby how I know it and there was always pressure. So I am prepared for a derby. A lot of people around me – a lot of players and a lot of fans – know much more about this special derby.

“But at the end, I promise my not 100 per cent Merseyside derby experience will not be the reason for winning or losing. My job is to prepare the team. I know about the pressure in derbies.

“It will be intensive. I know nearly everything about Everton. I have lived in the city for half a year and met a lot of people and it’s a big club, a very successful club in the past.

“I don’t know exactly how the situation is there with the semi-final at the weekend; they are not used to playing two games a week in the season too often.

“But we should only think about our game, our line-up and to use the situation and especially to understand our situation in the table.

“Nobody in the dressing room thinks about the Europa League, it’s only what we can reach in this Premier League season.”

Klopp added: “I know that outside there are more important things than football, but sometimes it looks like there is nothing more important – especially around derbies.

“And, of course, as a professional football manager I like this, I like these moments. Even when there is pressure on both sides, because there are only three points to get but a lot of other benefits.

“To make our fans happy in derbies is easier than in all other games. So we should try our best.”

While the manager has not overseen a meeting with Everton to date, he did successfully guide Liverpool past rivals Manchester United over two fraught legs in the Europa League earlier this year.

A pair of professional displays by the Reds maintained their ongoing run in that competition, with a 1-1 draw at Old Trafford following up the 2-0 victory on home soil in the first game.

And Klopp would like to see more of the same against the Blues: “It’s about football. The best football is always full of emotion, full of passion, full of legal aggression.