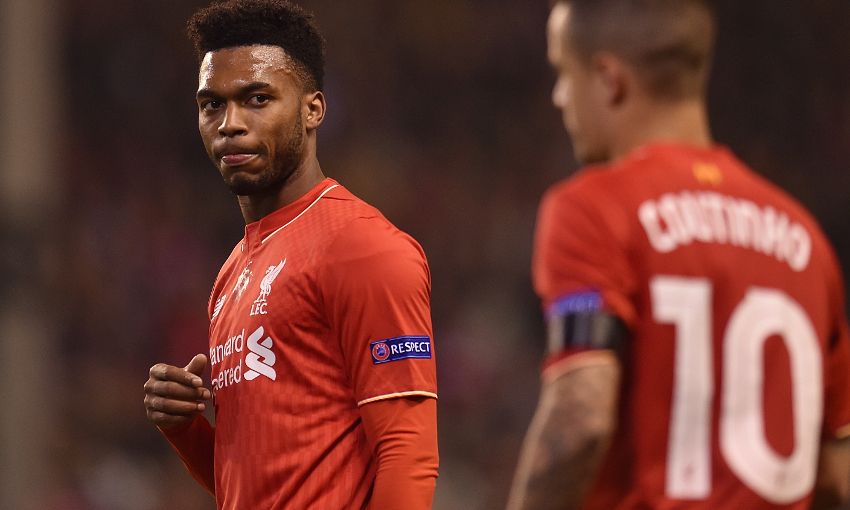 'That celebration was longest sprint of my Reds career!'

Daniel Sturridge believes Liverpool can start laying the foundations for a successful 2016-17 campaign now by making a strong finish to this season in the Barclays Premier League.

The Reds have little time to reflect on the incredible highs of their Europa League quarter-final success against Borussia Dortmund, with a trip to Bournemouth today the main priority.

Jürgen Klopp's team still harbour hopes of a late dash for a top-four finish, with games in hand keeping the possibility of sneaking in at the last alive.

Regardless of whether that aim is ultimately achievable, however, Sturridge knows the benefits of capping off the season in style.

The 26-year-old's arrival at Anfield in January 2013 helped to kick-start a run that almost brought the Premier League title 18 months later, and he sees parallels in Leicester City's remarkable rise this term.

"If you look at Leicester, I think they were the best team from the start of [2015] up until the end of the year and now they're three games from the Premier League," he told Liverpoolfc.com.

"Nobody would've ever thought that, so it shows you that anything is possible in football.

"As long as we finish the season strongly, then go into next season fresh off the back of the European Championships and Copa America, with the same mentality from this season, we'll be in good stead."

Watch more from our exclusive interview on LFCTV GO

On a personal level, Sturridge is out to set confidence-boosting, 'realistic' targets to strive for as the campaign moves towards a resolution.

He added: "I'm not one to set targets because sometimes you don't reach them and you get upset!

"I'd probably say if I set myself targets, they're realistic. That's probably the best way to be – if you want confidence anyway.

"If you want to put yourself down and not feel good about yourself then yes, set yourself high targets and you'll feel bad.

"I set myself realistic ones and then just tick them off the list."

Bournemouth go into the game safe in the knowledge that the 41 points they have already accrued are likely to be enough to ensure another season of Premier League football.

But the Reds' No.15 does not expect there to be a let-up in intensity from a team who have impressed during their debut campaign in the top flight.

"At home in front of fans who pay every other week to see you perform, sometimes every week, you've got to put on a show and entertain them," he continued.

"People pay to be entertained and someone's got to do it – that's why the 11 players are out there. You've got to fight, wear the shirt with pride, that's what they'll be doing and that's exactly what we'll be doing.

"Every team will spring surprises upon you and they all have their individual style, but one thing that never changes in the Premier League is the intensity of the game.

"It will be an intense game, especially away from home, but we look forward to that and we embrace it."