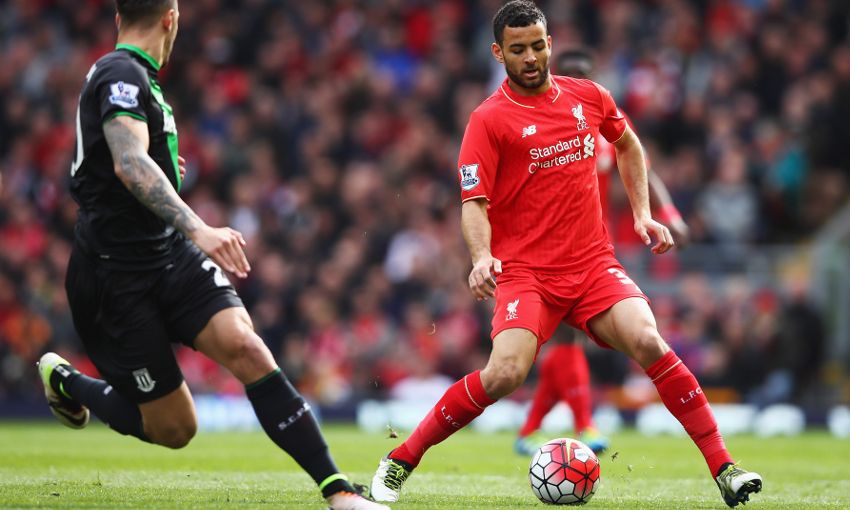 'We've always had faith in our strength in depth'

Kevin Stewart's ambition and determination meant the Liverpool midfielder did not dwell for a second on the achievement of making a first Barclays Premier League start.

The 22-year-old was named in Jürgen Klopp’s XI for the clash with Stoke City on Sunday and turned in a steady performance during the 4-1 victory at Anfield.

Praise came his way after the game from the manager, who has handed Stewart a number of first-team appearances and a new contract in 2016.

But the No.35 wants to make sure the rapid progress of recent months is only the start and within minutes of the full-time whistle against Stoke, outlined his next target.

He told the Liverpool Echo: “It was great to play the full 90 after coming back from injury and to be part of such a good team performance.

“To get those minutes under my belt will really help me. It was my first Premier League start and hopefully I can get a few more and stay injury-free.

“It was frustrating being out again because things were going well for me. I tore a ligament in my ankle when I blocked a pass in training.

“I just focused on working hard to get back fit as soon as possible and I was back quicker than expected. My goal was to get back in the squad towards the end of the season.

“I got involved today and it’s really pleasing. Now the challenge is to stay around the squad and try to get more minutes. I have to be ready if I’m called up again. I have to keep impressing the manager.”

Klopp’s appreciation for Stewart’s application and talent is obvious by the way in which the German speaks about a player who arrived at Anfield almost two years ago.

The boss noted how the midfielder responded to a couple of shaky moments in the early stages of the Stoke clash to contribute a composed display.

“There were a few mistakes in there which I’ll need to learn from but overall I think it went well,” said Stewart.

“I tired a bit towards the end but that was down to not having played much recently. I’ll get that fitness back. The manager told me to keep things simple – to be aggressive, to be confident and to defend well.

“He takes the pressure off players and gives you the belief to go out there and perform. I do get nervous but I think a few nerves keeps me aware and on my toes.

“The manager has shown a lot of faith in me and that gives me confidence. I need to keep improving and listening to him.”