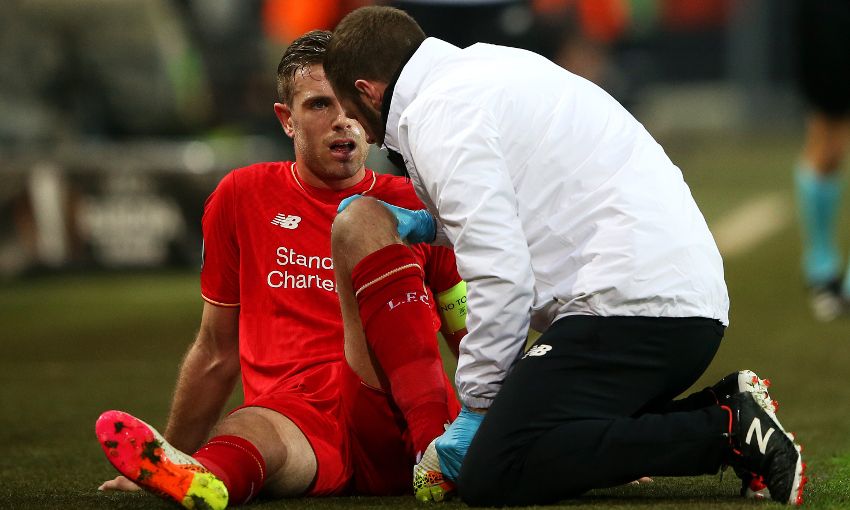 Coutinho: There's still plenty to achieve and aim for

Jürgen Klopp confirmed Jordan Henderson is facing a spell out of action after sustaining a knee injury during Liverpool’s 1-1 draw with Borussia Dortmund on Thursday night.

The captain was replaced by Joe Allen during half-time at Signal Iduna Park after picking up the problem in the opening 45 minutes of the Europa League quarter-final, first-leg tie.

Henderson will undergo a scan upon the team’s return to Liverpool on Friday to discover the extent of the problem, but Klopp admitted the knock ‘doesn’t look too good’.

The manager said: “It’s really frustrating because each team in the world needs a little bit of luck and again it looks we don’t have [this]. It’s a knee issue in this moment.

“Until we have the scan we hope for everything, but it doesn’t look too good.

“I don’t want to speculate [on what it is] because what can I say until we have the scan? It is not a small thing, I think. That’s what we can say. We have to wait for the result of the scan.”