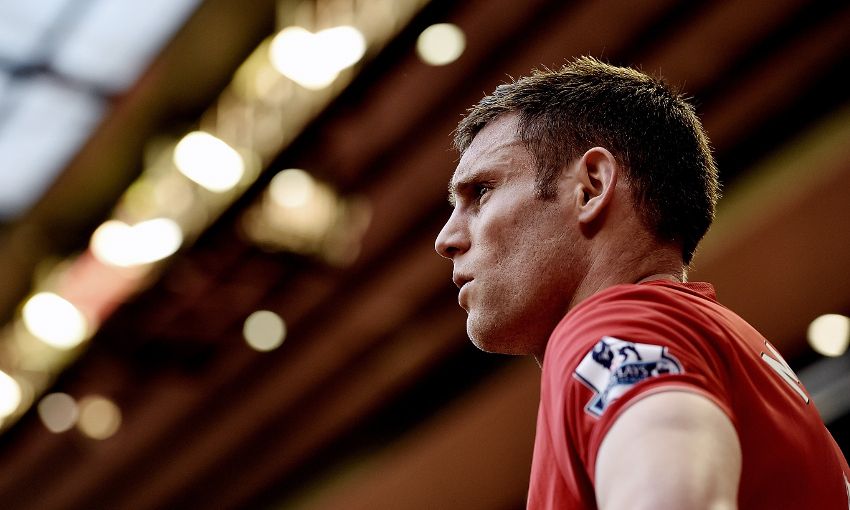 James Milner believes Liverpool only need to make small tweaks to the approach that saw them draw 1-1 with Tottenham Hotspur on Saturday as they look to go one better against Borussia Dortmund.

An entertaining clash with Mauricio Pochettino's men at Anfield ended honours even after Harry Kane's goal for the visitors cancelled out Philippe Coutinho's well-taken opener.

Both sides had opportunities to claim all three points from an end-to-end fixture, but were forced to settle for a share of the spoils thanks to some fine work from the two goalkeepers.

From a Reds perspective, Milner expects things to improve in the lead-up to Thursday's hotly-anticipated meeting with Jürgen Klopp's former club in the last eight of the Europa League.

The No.7 is sure a series of training sessions uninterrupted by international fixtures will bode well for him and his teammates.

"There are positives in the performance, there's not too much to change," he told Liverpoolfc.com post-match.

"We weren't a million miles off, so [we need to] just tweak those.

"A lot of lads have done a lot of travelling this week, international breaks are never too easy, coming back when you haven't been together, playing different styles in different teams for two games, and you come back and play club football.

"We only had one session with everyone together with the boys who played midweek.

"It's not an excuse but hopefully we can gain that extra that we needed today from being together over these next few days and go again on Thursday."

Milner called for extra calmness on the ball from Klopp's team when they head to Germany, having been disappointed by some panicked decisions against Spurs.

He said: "I think at times today we were a bit frantic and the game was at such a high tempo without the ball, we needed to be a bit calmer with the ball and maybe take that extra pass."

But he also reflected on a result that, in truth, was fair on both teams.

The vice-captain added: "Both teams had chances, I felt their 'keeper had a good game, and maybe we needed to be a bit more ruthless in front of goal.

"They're a good team and we knew it'd be a tough game, both teams play a similar style of high-tempo football.

"I'm sure it was a good game for the neutral but we're disappointed not to get the win. Hopefully we can build on that result and take it into Thursday.

"We had a couple [of chances] that flashed across the face of goal. That's something we can work on but it's pleasing we have created those chances."