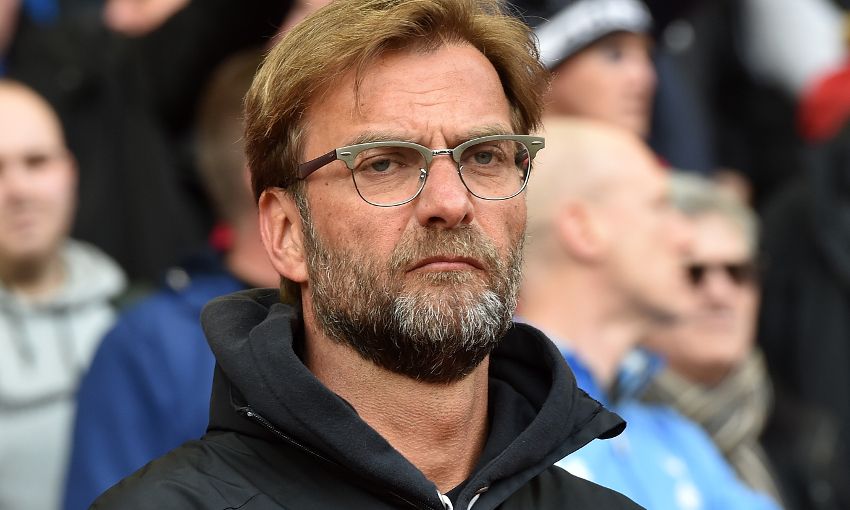 Jürgen Klopp felt Liverpool could have taken more than a point from the chance-filled clash with Tottenham Hotspur on Saturday that ended in a 1-1 draw.

The manager said: “We got the draw and we could have won it in the first half, and the second half too of course. We made a lot of really good moments.

“I told the boys at half-time that it looked a little bit like a ‘stop and go’ game, where our machine is always on go. It was really good and then we had a stop. I don’t know why, we have to watch it.

“Nearly all the moments Tottenham had in the first half were because we gave them the ball and that doesn’t make too much sense.

“In the second half we scored a brilliant goal but I didn’t enjoy the start of the second half too much. In nearly all moments it was a little bit less, apart from the goal.

“Then [Harry] Kane, after a cross – we thought the ball was out, obviously it wasn’t. That happens in football, like in life.

“We switched off the machine and came too late from both directions; Dejan [Lovren], who made a brilliant game, and [Nathaniel] Clyne, a really good game but in this moment maybe another decision would have been OK for us, and the same with Dejan but from the other side.

“From midfield you have to defend from both sides because between Dejan and the ball was the big body of Harry Kane. He is a really nice striker and scored a goal.

“Then it was an open game, a little bit more wild, two pressing teams but the pressing was not too good anymore. We didn’t defend as well as in the first half especially.”

Klopp continued: “In the game you have to avoid the passes of [Mousa] Dembele, in the half-spaces between the lines. In the first half, we did it brilliantly.

“It’s not necessary to avoid each pass but you have to force them to pass under pressure. In the second half, we didn’t do it the same, it was always one-on-one situations with Dembele.

“That’s not a problem because it’s a part of football; the problem is then you are not dominant anymore.

“In summary, I saw a lot of good things today, really good signs for our future and things like this but on the other side we showed again a little bit of our problem.

“But it’s much more difficult to show what we showed in our good moments than to finish our problems. So we will finish them, we will find solutions for them 100 per cent.

“But it’s a hard way. Along the way you get a few knocks and today we got a knock. We have to accept it and carry on.”

Philippe Coutinho had put Liverpool ahead with a sumptuous, side-foot finish six minutes into the second half – his 10th goal of the season and for the third game in a row.

Asked about the Brazilian, the boss said: “Phil was really great, but he had to defend too much today. Not because of Tottenham, because we were not tactically good.

“When he defends next to Alberto [Moreno], there is something wrong for sure. That’s not how we want to play, we don’t want to bring Phil Coutinho to the left full-back side.

“Maybe two or three times a game, but not 15 or 16 times because that’s too long. So we have to learn and then Phil can play much more often like he did today and has done in the last few weeks.

“He is in a good moment, we need this and it is about his talent and his potential, and that’s how he has to play.

“It’s not that we should be surprised and always celebrate when someone is in good shape – that’s what we have to want, for everybody to always play like this.

“On the day everybody plays at their best, imagine how good we could be. That’s what we should try. Today, it was a brilliant goal and a brilliant performance, but also from a few other players too.”