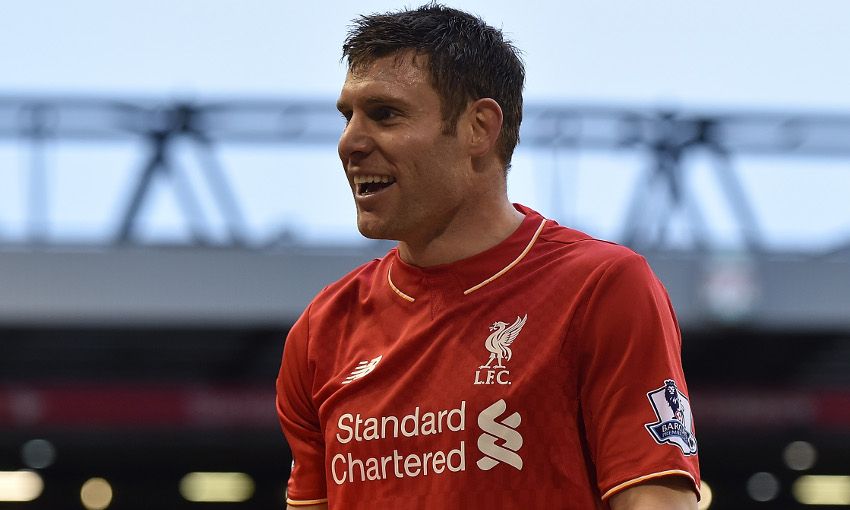 James Milner has insisted consistency is the only difference between Liverpool and Tottenham Hotspur ahead of the sides' Barclays Premier League meeting on Saturday.

And the No.7 also revealed that Spurs' England contingent acknowledged during the international break that they are in for a huge test this weekend when they travel to Anfield.

Mauricio Pochettino's men are flying high in the English top flight this term and are currently the likeliest challengers to long-time leaders Leicester City's supremacy.

But Milner has no fears over taking on the second-placed London outfit, and in fact explained that it is the visitors' players who have plenty to worry about.

"The biggest thing is consistency. We've shown that we can beat the best teams and the levels we can hit, but it's about hitting those more consistently," he told Liverpoolfc.com.

"That's the difference between us and Spurs at this moment in time.

"But you'd be more worried if you couldn't get up to those levels, whereas we've proved that - it's about getting there time and time again and, when you're on an off day, still managing to get that win.

"Speaking to the Spurs boys this week, they know what a big game it is and how difficult it'll be as well.

"Everyone's seen how good we can be but they're never fully sure if we're going to turn in that performance level, and that's frustrating for us because it's something we can't really explain.

"But we know if we're at the races and we play at that tempo and have that quality on the ball, then we can beat anyone. We need to make sure we turn it up again."

Milner went on to explain that Spurs' rapid improvement in their second season under Pochettino shows what is possible at Anfield when Jürgen Klopp oversees his first full campaign.

"They've had a transitional period, losing Gareth Bale [in 2013] and signings coming in, and it takes time for players to settle in," he continued.

"The manager as well, the longer you're there, things are going to fall into place and players will know their roles. That's hopefully a [path] we can follow and if we can do that, we'll kick on.

"We're still learning, the manager has come in and changed things, and the longer we are together we'll get better - it's a young squad.

"This season we want to keep improving and working on how the manager wants to play, and hopefully put on a real strong finish to the season and use that as a building block for next season as well."

The England midfielder, who captained his country for the first time over the international break, missed out on the Reds' last game due to suspension.

Milner says he feels 'partly responsible' for the fact that his teammates let a two-goal lead slip to lose 3-2 to Southampton in his absence.

As such, he is out to redeem himself against Spurs.

"It's very difficult missing games - or training sessions for that matter, even when it's injuries," he added.

"I feel partly responsible as well that we didn't win the game, not being there I couldn't help the boys. It's disappointing for me and something you learn from.

"I've only been sent off twice in 600-odd games, so it's not too bad a record, but they weren't two of the best tackles I've ever made in my life.

"I'm disappointed, but hopefully I can put that right by helping us get a good result at the weekend."