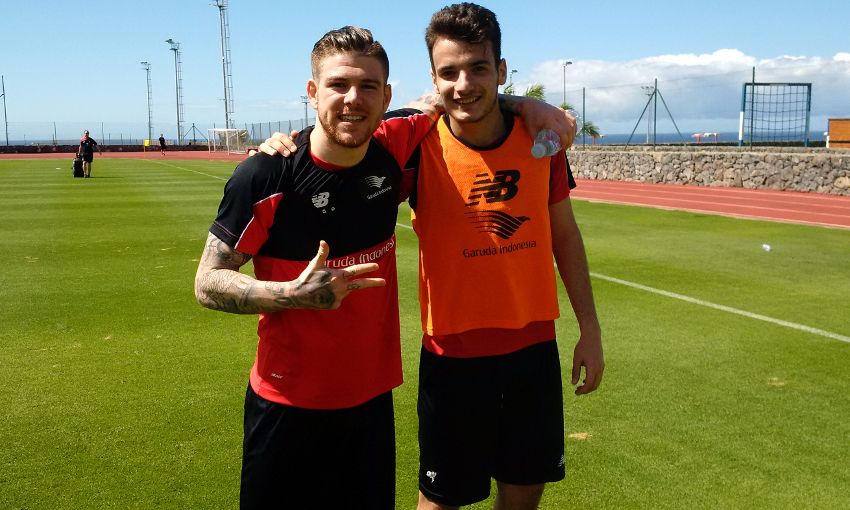 'You could build a team around Philippe Coutinho'

Jürgen Klopp welcomed the 'very important' return of Alberto Moreno after the Liverpool defender joined the session at a warm-weather training camp on Wednesday.

The Spanish full-back has been on the sidelines since suffering a hamstring issue ahead of the Europa League second leg against Manchester United at Old Trafford last week.

Moreno missed that 1-1 draw and the subsequent defeat at Southampton in the Barclays Premier League, but has now stepped up his recovery in Tenerife.

Klopp has taken the Reds players not on international duty this week out to Spain to train in warmer temperatures, with Liverpool not in action again until April 2.

Speaking to Liverpoolfc.com from the camp, the manager said of Moreno: “It’s really big for us. We let him come in this morning, training light – no real challenges, he could pass a few balls and things like this.

“But it was really good and he felt absolutely nothing, so from tomorrow he is completely back in the race, which is very important for us.”

“It’s good for all. We are close together and it’s a nice camp, to be honest. It’s really good, a lot of swimmers around us! The best swimmers of Germany I saw here.

“It’s a busy place where we train but the hotel when we go and have a little sleep after lunch and enjoy the time is important. Hard work and then good rest – that’s what makes success probable.”