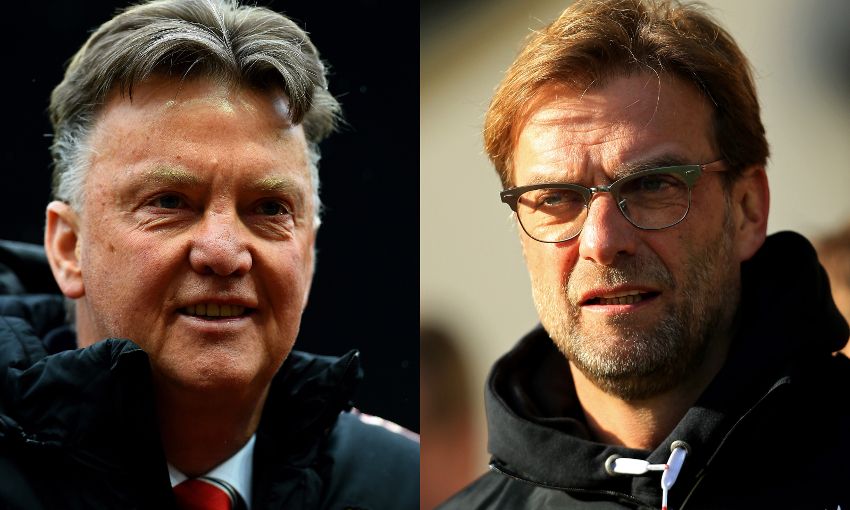 Ahead of Liverpool's Europa League second leg against Manchester United at Old Trafford tonight, here are 18 pre-match facts and figures you should know about the game courtesy of club statistician Ged Rea.

Liverpool have previously travelled to United 91 times and won 17, with 47 losses and 27 draws.

The Reds have won just once at United in cup football in seven visits. That was in January 1921 when they won 2-1 in an FA Cup first-round replay as Bill Lacey and Harry Chambers overcame a half-time deficit.

Their 2-0 win at Anfield a week ago was their 50th home victory in the three guises of this competition.

Liverpool have scored in seven of the last 10 visits to Old Trafford.

The Reds have lost only four of 18 penalty shootouts in all competitions and have won three out of four in Europe. Their only setback against foreign opponents came last season in Turkey against Besiktas, with Dejan Lovren missing after Rickie Lambert, Adam Lallana, Emre Can and Joe Allen had all scored.

They are aiming to reach a 23rd European quarter-final and their first since 2009-10.

Liverpool have lost once in their last 13 games home and away in Europe - the 1-0 defeat at Besiktas which led to a penalty shootout.

But the Reds have won just one of their last nine away ties in Europe, against Rubin Kazan, drawing four and losing four.

They have conceded two or more goals in only one of their last 13 games in Europe.

Simon Mignolet is the only player to start all nine European matches this season for the Reds, with Emre Can also featuring in them all.

Roberto Firmino has scored in each of his last three games and eight times in his last 13 appearances for the Reds.

A yellow card for Lovren or Alberto Moreno would cost them a one-match ban should Liverpool progress beyond this round.

A goal for Liverpool this evening would leave United requiring four goals to progress - a feat they have achieved once in 62 years against the Reds at Old Trafford. In April 2003 they won 4-0 having played against 10 men for 87 minutes following a red card for Sami Hyypia.

United have scored three times in each of their last two home games with Liverpool and in four of the last 11 clashes at Old Trafford.

Only one team has ever progressed in an all-English tie after losing the first leg by two goals. That team is United, in the first-ever meeting between English clubs, against Tottenham Hotspur. They overturned a 2-0 first-leg deficit to go through in the Cup Winners Cup in 1963-64, winning the return at Old Trafford 4-1.

They have never been eliminated from European competition by a team from their own country.

United are unbeaten in 10 European home games (eight wins and two draws), and have recovered from a two-goal away defeat to win a European tie four times before; 1956-57 European Cup against Athletic Bilbao; Tottenham in the Cup Winners Cup in 1963-64; Barcelona at Old Trafford in the 1983-84 Cup Winners Cup quarter-finals; and Olympiacos in the Champions League in 2013-14.

United have been awarded three penalties at Old Trafford in European competition this season.